Recipient of the Decade of Airline Excellence Award for the Latin America region, sponsored by Embraer:

By far the smallest carrier among the winners in terms of passenger traffic, Copa Airlines was the judges’ pick for a decade in which it continued to punch above its weight in a challenging region.

“This is a tiny carrier in a country with no domestic market,” a judge said. “It has really focused its strategy on its fleet and creating a hub through Panama to connect points all over Latin America with other points in the Americas and the Caribbean, focusing on secondary markets. They’ve just done an outstanding job.”

Led by one of the global industry’s longest-serving airline chiefs in Pedro Heilbron, the Star Alliance carrier has demonstrated the power of consistency of purpose and strategic discipline.

It is no small achievement that during more than three decades in charge, Heilbron has ensured that Copa prospers with a differentiated and defendable business model. 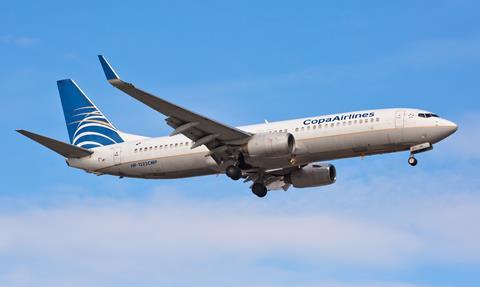 Key to its strong performance, Copa’s strategically positioned hub in Panama City provides highly efficient connectivity for otherwise thin routes to destinations in North, Central and South America – and the Caribbean – that could not sustain nonstop service.

Indeed, the airline has partnered closely with the airport authority in Panama City to jointly develop the hub, and a new terminal opened at Tocumen in 2019, adding 20 gates to the 34 already at the airport, positioning Copa for further growth.

Over the decade it nearly doubled its revenues and achieved one of the highest rates of profitability across the industry, with a remarkable net profit margin of at least 13% in seven of those 10 years.

It has also more than doubled its fleet, exceeding 100 narrowbody jets by 2019. In that time, passenger volumes rose from around 8 million to nearly 12 million.

Copa has remained at the leading edge of the industry, becoming the first Latin American operator of the Boeing 737 Max 9. 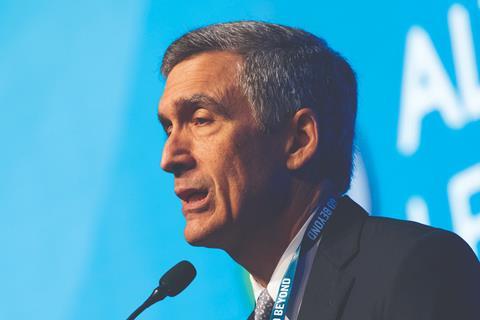 The carrier introduced a new business-class product on the Max 9, transitioning from recliner seats in its older 737s to fully lie-flat seats in its new aircraft.

Copa also continued to expand its route network over the period, adding new destinations and increasing frequencies, while extending its reach to longer-haul markets such as Argentina.

Incredible cost discipline was seen throughout the decade, with Heilbron ensuring the carrier positioned itself to compete with low-cost entrants, both through its mainline offering and by launching Colombia-based ultra-low-cost carrier Wingo in 2016.

Overall, despite being smaller than the other regional groups forming in Latin America, the airline has continued to be not only a survivor, but a high performer in the region.

“Although they are a network carrier, their cost base completes with some of the best low-cost carriers,” another judge stated.

“It’s really a Cinderella story for me.”

LATAM Airlines Group was a strong candidate for the award, judges agreed, having led the way in terms of regional consolidation in Latin America, transforming LAN Chile from a national carrier to the leading player in Latin America via multiple subsidiaries. The group handled a remarkable 33% of all capacity to, from and within South America in 2019, and attracted the strategic investment interest of global powerhouses such as Qatar Airways and Delta Air Lines.

The other nominee was Brazilian low-cost carrier Azul, which judges agreed brought a distinctive offer to the Brazilian market for everyone from first-time flyers to business travellers. The airline has grown rapidly since its launch in 2008, achieving an impressive financial performance along the way.