Airbus Defence & Space has secured approval for one of the A400M tactical transport’s long-awaited key contractual capabilities, after demonstrating the dispatch of a maximum 58 paratroops from each of its two side doors. 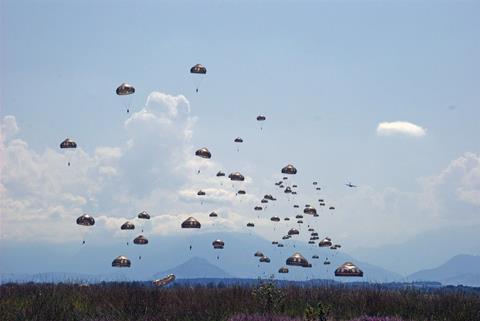 A maximum of 58 paratroops had exited from one side door during tests conducted last year, along with lines of 40 from each side simultaneously. Proving the ability to safely deploy a full load of 116 personnel had been extensively delayed, due to the risk of paratroops crossing behind the aircraft.

Airbus conducted the first freefall paratroop drops from one of its Grizzly development aircraft in November 2010.