South Korea's KF-X cockpit will have a full-panel touch screen that is integrated with the pilot’s helmet and head-up display.

South Korea's KF-X cockpit will have a full-panel touch screen that is integrated with the pilot’s helmet and head-up display.

A mock-up of the new cockpit for the developmental fighter at Korea Aerospace Industries' (KAI's) stand at the ADEX show in Seoul depicts a full, single-panel touchscreen display in place of traditional multi-function displays.

The display offers a full-range of tactical information, including radar tracks, weapons and engine status, and other key data. 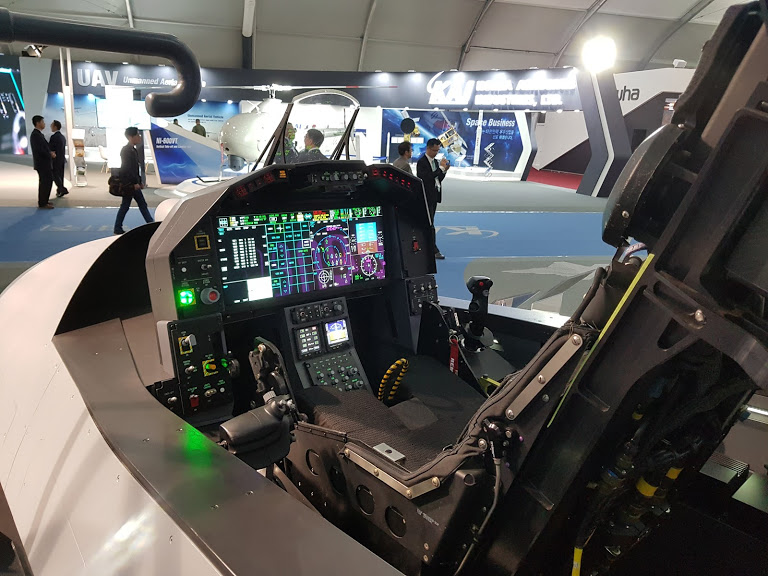 The advanced cockpit of the KF-X

Unlike the touchscreens found in smartphones and tablets, the screen's buttons will require greater pressure for inputs, says KAI. This helps reduce tracking errors stemming from smudges and scratches.

Further, the cockpit will feature hands-on-throttle-and-stick functionality. This allows the pilot to operate key aircraft functions from the sidestick control column and throttle. This improves situational awareness, as it enables the pilot to keep his or her attention focused outside the cockpit.

KAI plans to roll out the first KF-X prototype in early 2021.