Airbus Defence & Space sees the A400M tactical transport as its top sales priority in the Asia-Pacific region, while also eyeing opportunities for tankers and support aircraft.

Airbus Defence & Space sees the A400M tactical transport as its top sales priority in the Asia-Pacific region, while also eyeing opportunities for tankers and support aircraft.

Johan Pelissier, head of Asia-Pacific at the airframer, says the two markets with the most potential for the A400M are South Korea and Indonesia.

“I definitely see rising interest from the Koreans in order to meet future requirements,” he says.

Pelissier points out that the Republic of Korea Air Force (RoKAF) has had a chance to see the A400M in action with other operators during humanitarian missions in the region, and says the type would complement the service’s existing Lockheed Martin C-130Hs. So far, the only Asia-Pacific customer for the A400M is the Royal Malaysian Air Force, which operates four examples.

“The A400M can deliver twice the payload for the same range, or go twice the range with the same payload,” he says. “Its reach and payload are definitely of interest for potential customers. It can also do missions that are not possible today.” 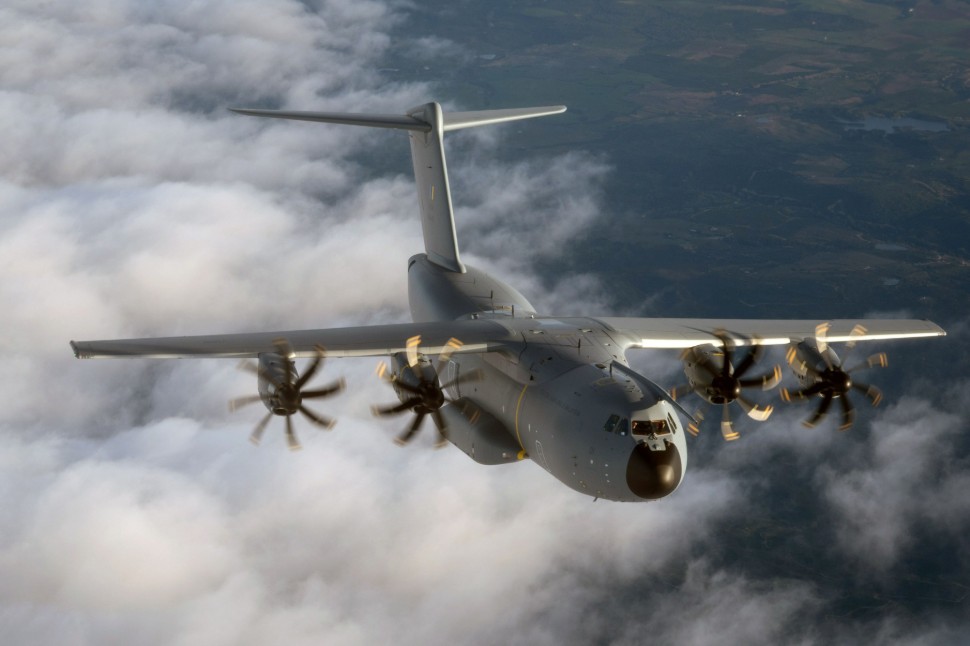 Pelissier made the remarks during a media roundtable at the Seoul ADEX show earlier in October.

FlightGlobal understands that discussions are under way between Madrid and Seoul for a possible swap deal involving the exchange of A400Ms for Korea Aerospace Industries T-50 advanced jet trainers and KT-1 basic trainers. Pelissier, however, declines to comment.

Cirium fleets data shows that Spain has five in-service A400Ms, with 22 more on order, and that its trainer fleet is ageing. It operates 63 CASA C-101 advanced jet trainers with an average age of 37.5 years. Other assets used in the same role include 19 CASA-produced Northrop F-5Ms with an average age of 50.3 years. Its air force also operates 34 ENAER T-35 basic trainers.

In Indonesia, talks are ongoing for two A400Ms that would be operated by government-owned Pelita Air Service. In March 2017, Airbus and the Indonesian firm signed a letter of intent for the possible deal.

“[Jakarta is] very interested in having an aircraft that can go from Java to extreme parts of Indonesia such as Papua to deliver a lot of goods. That is the aim of this Air Bridge project. We are still in discussions, but I can’t share further details,” Pelissier says.

As for the A330 Multi-Role Tanker Transport (MRTT), he believes that in the long term, Seoul and Canberra could add to their existing fleets. The RoKAF’s fourth and final example will arrive in December, while the Royal Australian Air Force operates seven of the type.

Pelissier says more tankers will be necessary to support the growing number of Lockheed Martin F-35As entering service with both nations.

Airbus is also actively promoting the C295 regionally for maritime surveillance and maritime patrol roles, and pitching a mid-life upgrade to Seoul for the RoKAF’s 20 CN235 medium transports.