Airbus Defence & Space has reported a first-half order intake up 86% year-on-year, due largely to a follow-on Eurofighter contract with Spain. 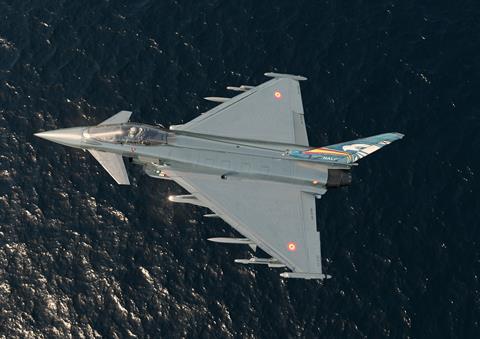 “Second quarter orders included the contract to deliver 20 latest-generation Eurofighter jets to the Spanish air force,” it says. To meet Madrid’s Halcon requirement, the aircraft were ordered for around €2 billion during the ILA Berlin air show on 23 June, with deliveries to commence in 2026.

That deal helped contribute to an 11% increase in revenues, which totalled €5 billion, as did a February launch contract for the multinational Eurodrone programme involving France, Germany, Italy and Spain.

However, Airbus incurred a fresh €200 million charge against its A400M programme during the first half of this year, “mainly reflecting the updated assumptions of inflation on the launch contract”. 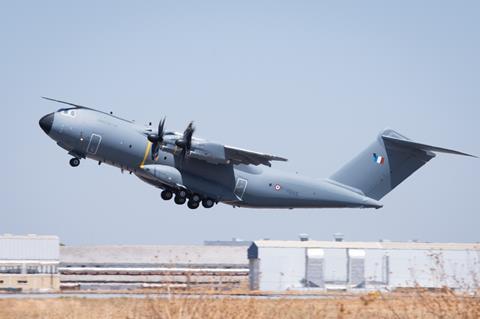 Company delivered four A400Ms during the first half of 2022

Four A400Ms were delivered to customers in the reporting period, the company says.

Meanwhile, “Development activities continue towards achieving the revised capability roadmap” for the airlifter, Airbus says. “Retrofit activities are progressing in close alignment with the customer.”