Angola has ordered a trio of Airbus Defence & Space C295s, with the assets to perform maritime surveillance and transport duties.

Announced on 21 April, the deal covers “two aircraft specifically equipped for maritime surveillance and one for transport missions”, the European company says. They will all be equipped with Collins Aerospace’s Pro Line Fusion avionics. 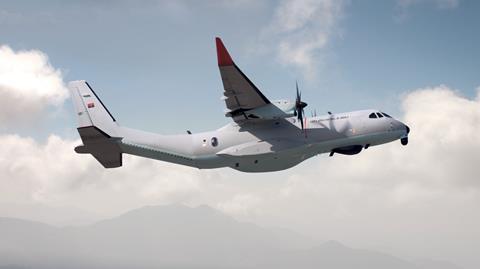 Angola is an existing operator of CASA-built C212s in both the maritime patrol and transport configurations, Cirium fleets data shows.