France has awarded contracts, each worth €10.9 million ($11.8 million), to Airbus Defence & Space and Dassault for early-stage development work on a new maritime patrol aircraft (MPA) based on their respective A320neo and Falcon 10X platforms.

But Paris’s move casts further uncertainty on a joint initiative with Germany to develop a future MPA through the Marine Airborne Warfare System (MAWS) programme. 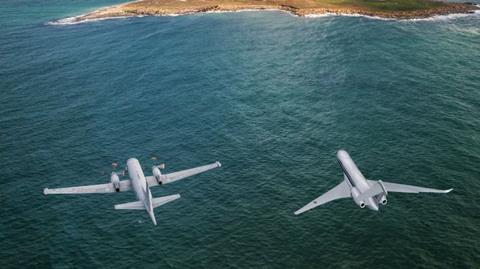 Dassault’s solution would be based on Falcon 10X (right)

Set to run for 18 months, the two companies will study the “the architecture of a future maritime patrol system (Patmar)” that could replace the French navy’s Atlantique 2 (ATL2) MPA fleet in the 2030s.

Under the terms of the contracts, awarded by the French DGA defence procurement agency, each airframer “will have to offer an economically attractive solution that meets the operational needs of the French navy in the post-2030 horizon”.

Any resulting programme would be launched in 2026 to support the introduction of a new capability in the 2030s, says the DGA.

France had been contemplating the joint development with Germany of a future MPA through MAWS. However, Berlin’s selection in 2021 of the Boeing P-8A Poseidon as a replacement for its navy’s Lockheed P-3C Orion fleet had thrown that into doubt.

At last June’s ILA Berlin air show, a German official insisted that the P-8 was a 10-year interim solution, and that the nation remained committed to MAWS. But it is unclear whether the joint development plan will survive the two nations apparently pulling in different directions.

While the DGA says the solutions proposed via the Patmar studies “should remain open to cooperation with other potentially interested European partners”, this stops considerably short of a commitment to MAWS.

The DGA was not immediately available to comment on the status of the MAWS initiative. 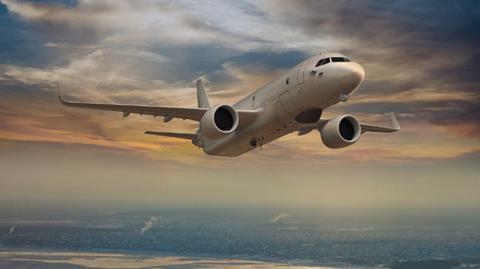 A320neo could offer European alternative to 737-based P-8

Technologies to be considered for the Patmar effort include new sensors, communications, data links, AI-based computing systems and “in particular” the integration of the future anti-ship missile being developed by MBDA for France and the UK through the FC/ASW programme.

Airbus for several years has touted the MPA potential of its A320-family jets, seeking to emulate the success that Boeing has seen with its 737-based P-8, but has failed to land a development contract.

Dassault, meanwhile, in 2021 advanced the possibility of an MPA variant of its Falcon 10X – an ultra-long-range business jet that is set to enter service in 2025.

France currently conducts maritime patrol activities with a fleet of 22 ATL2s, 18 of which are being upgraded to the Standard 6 configuration.

A 10th modernised example was received at Lann-Bihoue naval air station in Brittany, northwest France last December. Upgrades include a new mission system and Thales Searchmaster radar, alongside the resolution of obsolescence issues. 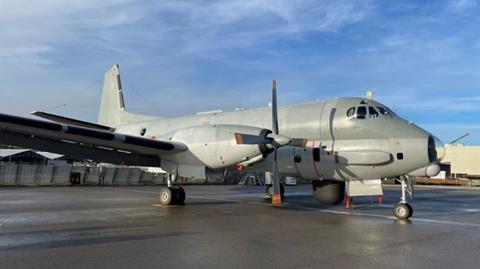