“The [AESA] contract is ready – we are in negotiation with NETMA [the NATO Eurofighter and Tornado Management Agency] and the German customer to make sure that this contract can be implemented as soon as possible,” says Kurt Rossner, Airbus Defence & Space’s head of combat aircraft systems.

A deal should be finalised late this year or in early 2020, he says, with deliveries for both nations to commence in 2022. To be supplied by the Leonardo-led Euroradar consortium, the new “E-Scan Mk1” radar sets will be retrofitted to 110 Tranche 2 and 3 jets for Germany, while Spain plans to acquire an initial batch of 19 units. 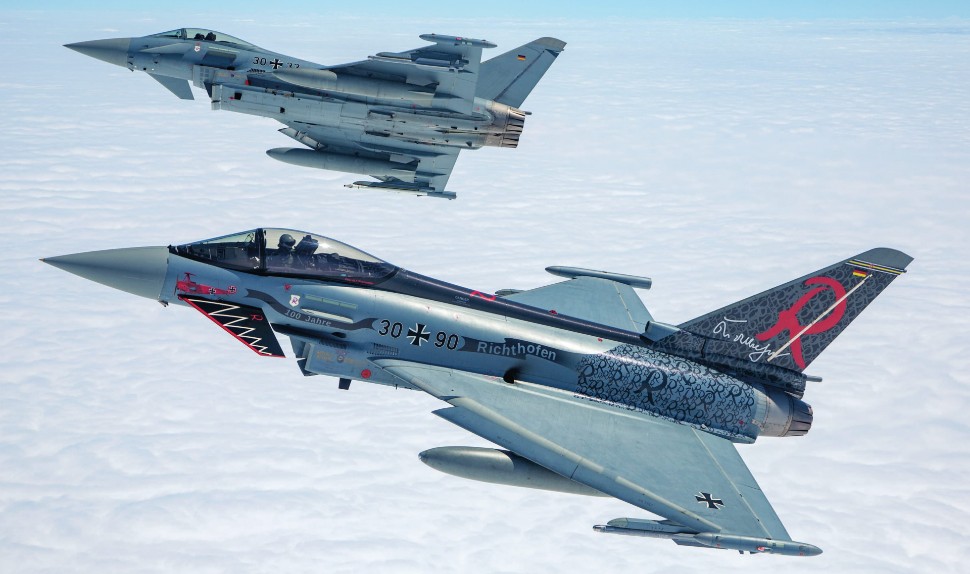 Rossner notes that export buyers Kuwait and Qatar will receive Eurofighter Typhoons with “Mk1A” radars, with the German and Spanish configuration differing through the use of new multi-channel receiver technology. He indicates that the UK plans to field a future “Mk2” sensor optimised for electronic warfare tasks to complement operations with its Lockheed Martin F-35s.

Meanwhile, Airbus expects a contract from Berlin early next year for a Project Quadriga buy of 38 AESA radar-equipped Eurofighters. These are required to replace Tranche 1-standard aircraft delivered from around 2004.

Speaking in Manching on 5 November, Gutierrez noted: “We have some healthy prospects in our home countries and are in a strong position for the coming export opportunities.”

Longer term, Airbus is pursuing a requirement to replace the German air force’s Panavia Tornado fleet by 2030. It is proposing to supply 45 Eurofighters with “strategic capabilities” – including nuclear weapons – and 40 in an electronic combat reconnaissance/suppression of enemy air-defence configuration suitable for use in an escort jammer role.

Securing new orders from Germany would support an Airbus-led campaign to sell Eurofighters to Switzerland. Rossner says the 40 aircraft offered to the nation are in the Quadriga configuration. A selection decision is expected late next year or in early 2021, with the F/A-18E/F Super Hornet, F-35A and Dassault Rafale as rival candidates.

Rossner says deliveries of new aircraft for Germany could begin some 40-46 months after a contract signature, with final assembly in Manching to be at a rate of between eight and 10 per year. Airbus is already managing a production gap at the site following the completion of orders for the Luftwaffe, including reassigning personnel to support MRO tasks.

An eventual resumption of production would also bridge the gap until the manufacture of a proposed New Generation Fighter for France, Germany and Spain.