Boeing has appointed Pentagon veteran Heidi Grant to a senior sales role for the company’s defence and space business.

Grant will join Boeing on 8 November as vice-president of business development, say the company. Grant currently serves as the director of the US government’s Defense Security Cooperation Agency (DSCA). 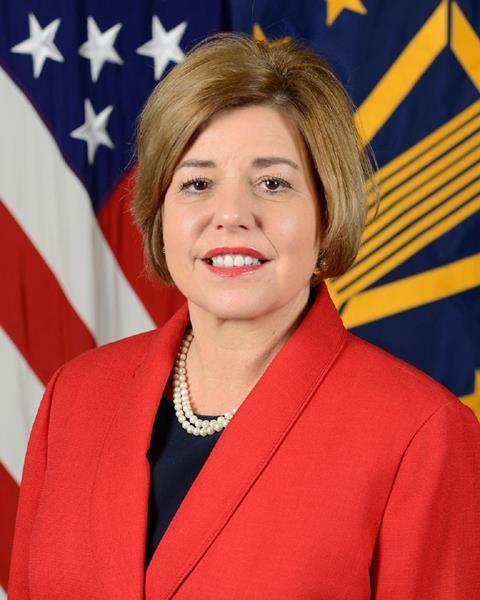 “We look forward to working closely with her as we compete, win and grow our business around the world.”

Grant will report to Caret and to Boeing Global Services president and chief executive Ted Colbert. She succeeds Jeff Shockey, who moved to a government relations role at Raytheon Technologies in July.

Grant will be based in Arlington, Virginia.

According to her DSCA profile page, Grant took the top role at the agency in August 2020, and has oversight of over 15,000 Foreign Military Sales cases with a value of $620 billion. She also oversees a workforce of over 20,000 military and civilian personnel.

She joined the US Department of Defense in 1989, and has served the departments of the Navy, Air Force, Secretary of Defense, and several other areas.