Dassault Aviation has handed over the first of an eventual 18 Rafale multirole fighters to the Greek air force.

Delivered during a ceremony at the company’s flight-test facility at Istres air base in the south of France on 21 July, the initial example is a second-hand aircraft sourced from the French air force. 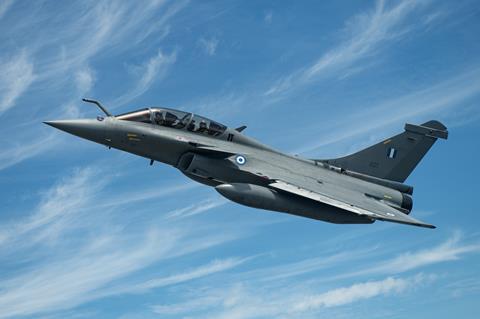 The first six deliveries – all used examples – will be used for training in France, before transferring to their new home at Tanagra air base.

Athens signed for the Rafales – 12 second-hand and six new-build aircraft – in January.

An initial cohort of Greek air force pilots have been training with their French counterparts, but will, alongside 50 ground staff, join an official conversion course run by the airframer at its Merignac final assembly site near Bordeaux. 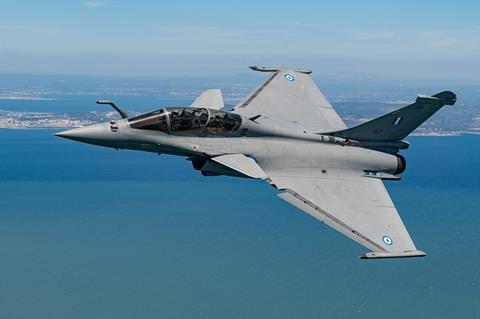 First 12 examples will be sourced from French air force

Cirium fleets data shows that the Greek air force’s combat aircraft inventory includes a combined 42 Mirage 2000/-5s, the oldest of which have been in use for 32 years.