​Airbus Helicopters has handed the first of an eventual 18 NH90 Sea Lion naval rotorcraft to Germany, with an additional two examples to arrive by year-end.

Airbus Helicopters has handed the first of an eventual 18 NH90 Sea Lion naval rotorcraft to Germany, with an additional two examples to arrive by year-end.

Destined to replace the German navy's 21-strong fleet of aged Westland Sea King 41s, the Sea Lion has been developed from the baseline NFH variant produced by the NH Industries (NHI) consortium. 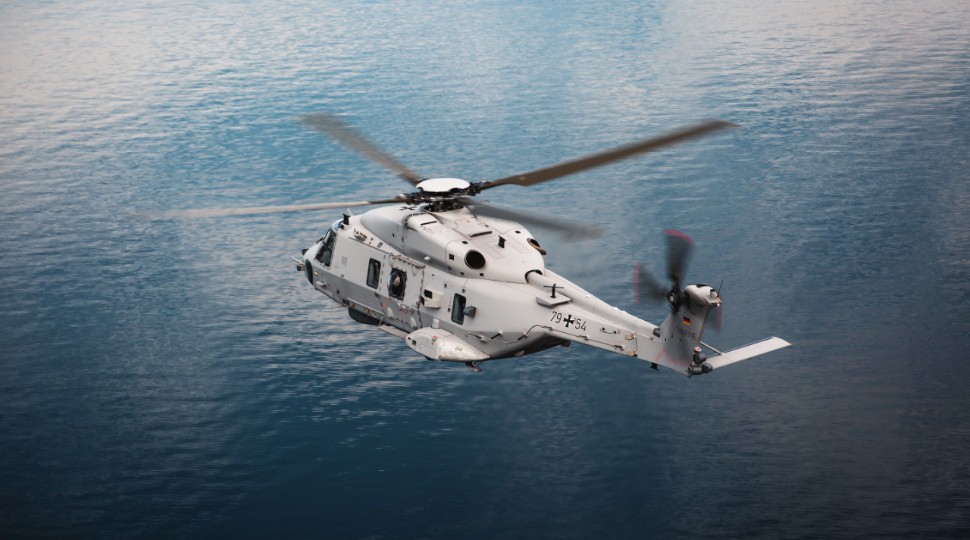 They are the first NH90s to feature avionics improvements allowing them to be flown in instrument flight rules conditions in civil airspace; the capability will be later introduced to the rest of the fleet.

Deliveries are due to run until 2022 while the Sea Kings will be progressively retired by 2023. Captain Thorsten Bobzin, chief of German naval aviation, says that although it has has a stated strength of 21 Sea Kings "some have already been used for spare parts".

The inventory of the aged Westland type will be reduced to 16 aircraft by year-end, and then cut further as the Sea Lion comes on line.

Germany intends to use the Sea Lions for search and rescue operations in the North and Baltic Sea regions, personnel transportation and special forces support missions.

Initial deliveries are in a so-called “step one” configuration, but an enhanced step two standard, featuring an improved Mode 5 identification friend or foe transponder, will arrive from 2021.

Berlin selected the navalised NH90 as its Sea King successor in 2013 as part of negotiations to restructure its original commitment for 122 TTH troop transports plus 80 Tiger attack helicopters destined for its army.

Wolfgang Schoder, chief executive of Airbus Helicopters Deutschland - which is building the helicopters at its Donauworth plant - hails the “remarkable performance” that enabled delivery “exactly on time and on budget”.

“We are very happy but it is only the start - we have 17 more to deliver which will happen over the next three years," he says.

Germany currently operates 72 TTHs, with a further seven on order, according to Cirium fleets data.

It has additionally selected the NH90 TTH to replace the 22 Westland Sea Lynx 88s operated by the navy. However, a contract has yet to be finalised.

Airbus Helicopters is the largest shareholder in the NHI venture, which also includes Leonardo Helicopters and Fokker.