The Eurofighter Typhoon’s self-protection equipment will be the subject of a major modernisation effort, with industry partners having launched plans for a so-called Praetorian Evolution, or “Evo” package of capabilities.

The Eurofighter Typhoon’s self-protection equipment will be the subject of a major modernisation effort, with industry partners having launched plans for a so-called Praetorian Evolution, or “Evo” package of capabilities.

Details of the proposed enhancement were outlined to partner air forces, the Eurofighter consortium and the NATO Eurofighter and Tornado Management Agency on 9 October by EuroDASS: a venture involving Elettronica, Hensoldt, Indra and led by Leonardo. 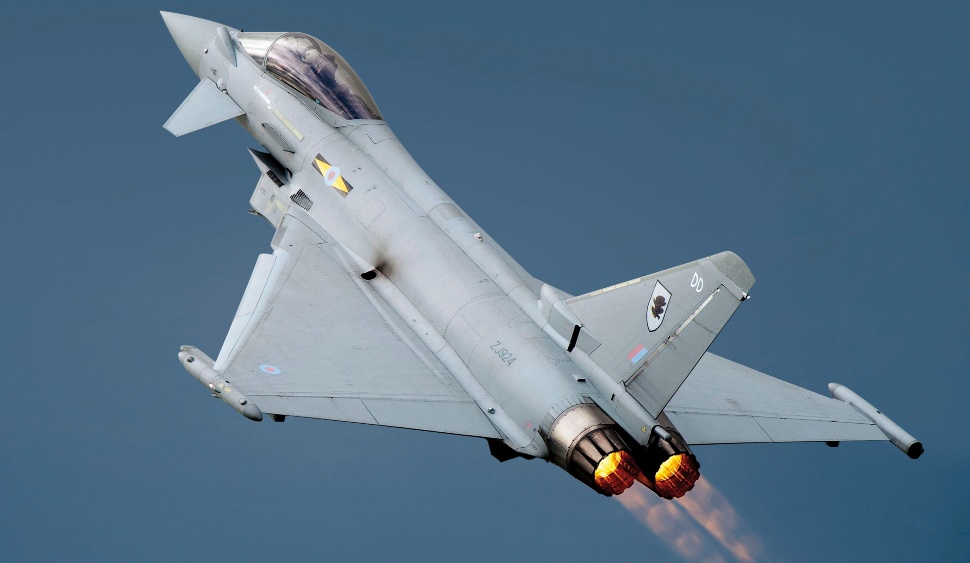 “The [current Praetorian] system has protected crews for over 20 years, including on operations in Libya and Syria,” EuroDASS says. “However, the Typhoon’s traditional position of air dominance could face threats in the future from the rapidly evolving nature of air and surface threats, such as integrated air-defence systems.”

Key elements of the suggested update include moving to a fully digital architecture, which will enable operators to continuously update capabilities until the combat aircraft leaves service – currently expected to be around 2040.

During this period, EuroDASS says users will require the type to increasingly work on a multi-platform basis during tasks such as electronic warfare and precision targeting duties, while sharing information via datalink.

“The system has to be able to cope with much faster mission data – we want to be able to load it in flight,” says Leonardo vice-president combat air Phil Liddiard, EuroDASS consortium programme lead. “The threat is changing,” he adds, pointing to the increasing use of digital waveform technology on ground-based air-defence radars.

The proposed Praetorian Evolution equipment is being offered as part of a broad-ranging Long Term Evolution (LTE) programme for the Eurofighter.

EuroDASS will submit formal options before year-end in support of the Eurofighter programme’s LTE activity, and this will be followed by tabling a final bid before the end of 2020.