The Pakistan military’s yearbook for 2017-2018 disclosed that Islamabad has obtained at least 60 CM-400AKG air-to-surface missiles, and that work continues on a future fighter concept.

The Pakistan military’s yearbook for 2017-2018 disclosed that Islamabad has obtained at least 60 CM-400AKG air-to-surface missiles, and that work continues on a future fighter concept.

During the two years covered in the yearbook, which covers all arms of the military, Islamabad spent $100 million to obtain 60 Chinese-made CM-400AKGs, a supersonic anti-ship missile that can be deployed from the Chengdu/Pakistan Aeronautical Complex (PAC) JF-17 fighter.

A mock-up of the missile has frequently appeared on static display with Pakistan Air Force (PAF) JF-17s at Air Show China held every two years in Zhuhai. 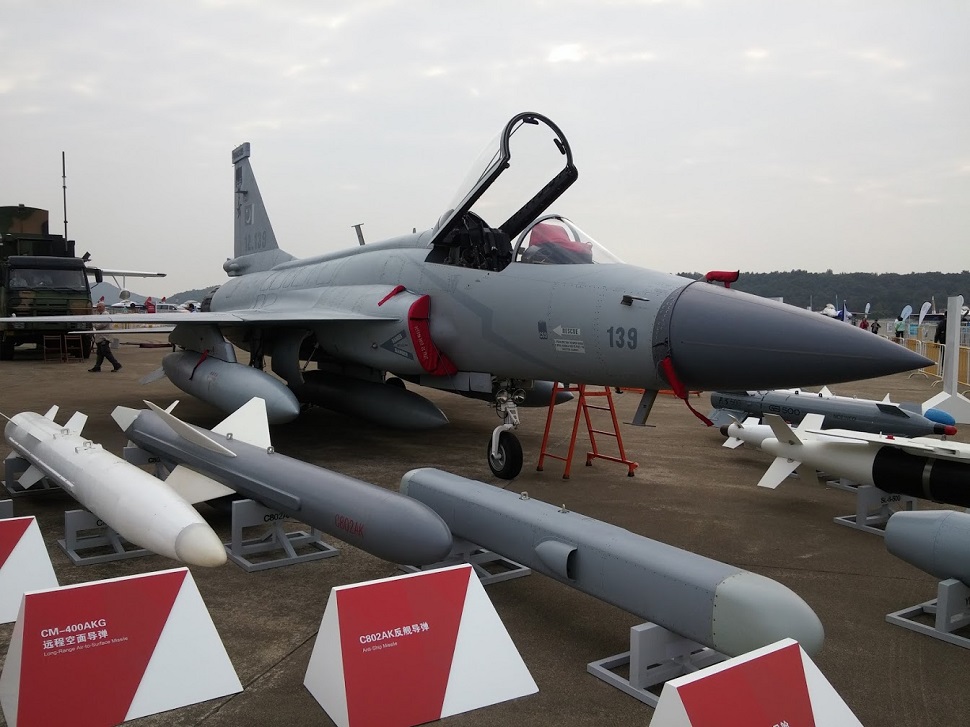 According to the manufacturer, the weapon uses “high [altitude] launching” to achieve “higher aircraft survivability.” AVIC has listed the 0.4m-diameter missile as having a range of between 54-130nm (100-240km), while carrying either a 150kg blast warhead or 200kg penetration warhead.

“The first configuration that was designed based on the challenging performance requirements of PAF will go through three more cycles within the conceptual design using higher fidelity analysis tools and codes,” it says.

The yearbook adds that a sixth airborne early warning & control (AEW&C) aircraft was added at a cost of $95 million. Pakistan defence analysis group Quwa suggests that this is the nation’s sixth Saab 2000 Erieye AEW&C asset.

Another acquisition involved a trio of Saab 2000 aircraft for $9.3 million. In addition to its Saab 2000 Erieyes, Islamabad also operates the type as multi-role platforms.

The two years covered in the yearbook also saw 12 Dassault Mirage III and V fighters overhauled at the PAC's Mirage Rebuild Factory. In addition, there was significant overhaul work on engine types such as the Pratt & Whitney F100 and Rolls-Royce T56, and the acquisition of five Klimov RD-93 for $22.4 million for the JF-17 fleet.