Italy has cleared a €2 billion ($2.35 billion) investment over the next 15 years in the UK-led Tempest programme, which is developing a future combat air system for service entry in the middle of next decade.

The commitment is contained in Rome’s latest three-year defence spending plan, covering the 2021-2023 period, which was approved by the Italian government on 4 August. 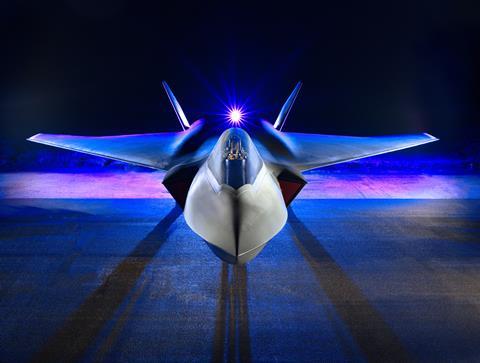 The UK’s Tempest project has attracted Italian and Swedish involvement

Justifying the outlay, the spending plan notes that participation in Tempest alongside the UK and Sweden will give Italy “exclusive access to a project of exceptional ambition” which will have implications for both its military and defence industry.

To achieve the desired transformation, support from other parts of the Italian state will be required, it says, notably to create the conditions that will allow “a future generation of Tempest engineers” to flourish.

It points out that the programme will “be the champion of innovation” across multiple high-technology fields – including artificial intelligence, mechanics, propulsion, energy management, materials, and sensors – and foster collaboration between European industrial leaders.

Besides maintaining Italy’s “dominance in air combat power”, participation in Tempest will also aid “the digital transition” of the country’s aerospace and defence sector.

Tempest sees the development of both a manned sixth-generation fighter and uncrewed combat air vehicles – so called “loyal wingmen” – that will operate together, plus advanced weapons and sensors.

Responsible for the project in the UK is Team Tempest, which comprises BAE Systems, Rolls-Royce and the UK arms of Leonardo and MBDA. London recently committed £250 million ($350 million) to fund definition and initial design phase activities for the project.

Italy’s defence ministry says that its contributing to the programme now will “maximise the benefits of national participation” from its early stages; “a late membership, on the other hand, could preclude the achievement of the optimal production and offset share, certainly requiring additional charges,” it adds.

Similar imperatives are cited for Italy’s participation in the EuroDrone programme alongside France, Germany and Spain. Such a collaboration has a “clear value for the purpose of strengthening the European identity and the integrated growth of its technological and industrial capacity,” says the ministry.

Elsewhere, the spending plan allocates funding for the acquisition of three Leonardo C-27J Praetorian transports in support of special forces missions, a pair of Boeing KC-46A tankers to complement the Italian air force’s existing four-strong fleet of KC-767s, plus a Gulfstream G550 business jet converted for C4ISTAR missions. Additionally, work will continue to develop an electronic warfare version of the Spartan, designated the EC-27J.