The effort to airlift refugees out of Kabul is in full swing, with Asia-Pacific air forces contributing to a major US military effort.

The USA helped evacuate 70,700 people in the 10-day stretch from 14 August until 24 August, says US President Joe Biden. 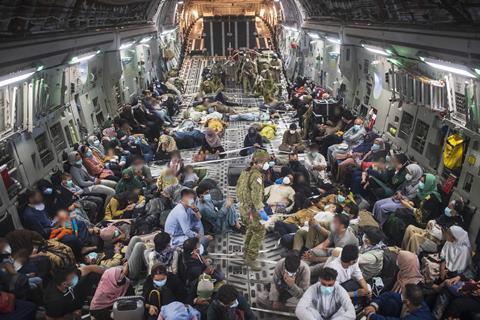 Over a 12-hour period, 19 military flights operated by 18 Boeing C-17 strategic transports and one Lockheed Martin C-130 evacuated 6,400, or 337 passengers per flight.

The rescue effort has a degree of urgency, given that the Taliban insurgency, which recently swept to power across the country, insists on a 31 August deadline for the completion of the evacuation.

While Biden is committed to the 31 August deadline, he appears open to the idea that it may be insufficient.

“I’ve asked the Pentagon and the State Department for contingency plans to adjust the timetable should that become necessary,” he says. “I’m determined to ensure that we complete our mission – this mission. I’m also mindful of the increasing risks that I’ve been… briefed on and the need to factor those risks in.”

One concern is that Kabul’s Hamid Karzai International airport may become a target for the Islamic State terrorist group.

Recent images from satellite firm Maxar show large crowds at the gate of the airport, as well as the orderly boarding of a C-17. Last week, flight operations were disrupted when crowds of panicked Afghans occupied the southern end of the airfield, which caters to commercial operations.

Flight tracking site FlightRadar24 shows that C-17s are regularly egressing from Afghanistan across the western tip of Pakistan. They then turn west towards the Persian Gulf. 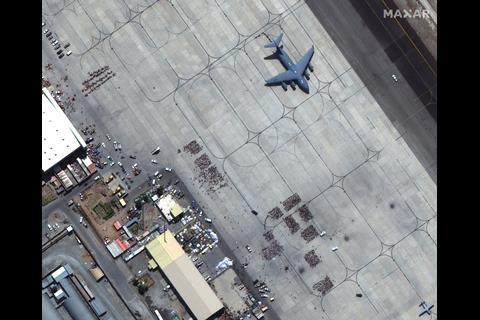 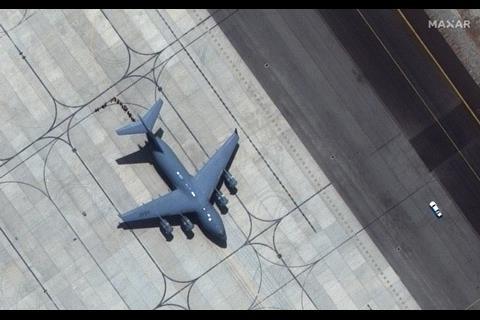 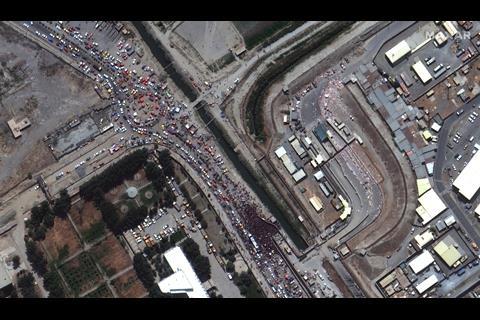 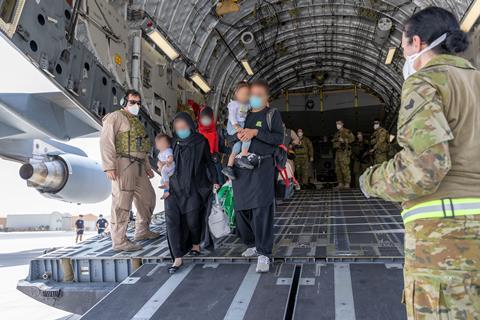 A family of evacuees from Kabul, Afghanistan arrive at Australia’s main operating base in the Middle East on board a Royal Australian Air Force C-17A Globemaster. 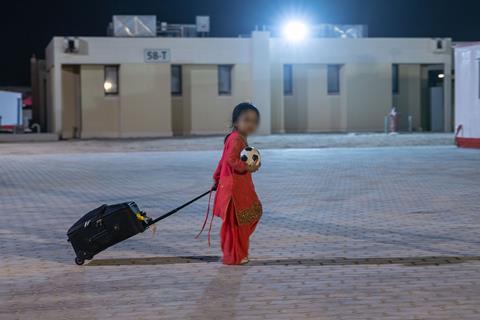 A child evacuee from Kabul, Afghanistan transits to her room at a temporary camp in Australia’s main operating base in the Middle East.

Boeing KC-135 tankers also appear to be operating over southern Afghanistan and western Pakistan. These aircraft could be supporting US Navy Boeing F/A-18E/F Super Hornets conducting armed over watch for the evacuation. The fighters are operating from the aircraft carrier USS Ronald Reagan, understood to be in the Arabian Sea.

Asia-Pacific allies have also stepped up in support of the US effort.

Canberra has made a major contribution to the Afghanistan relief effort, with the dispatch of an Airbus Defence & Space KC-30A (Canberra’s designation for the A330 multi-role tanker transport [MRTT]) on 16 August, as well as the dispatch of two C-17s. Canberra has deployed over 240 personnel to support the mission.

Tokyo has dispatched three aircraft to support the evacuation of Japanese nationals. Deployed assets include a single Kawasaki C-2 tactical transport, as well as a pair of C-130Hs. In addition, a Japanese government Boeing 777-300ER normally tasked with VIP duties is being dispatched with supplies.

Tokyo says the C-130Hs will ferry evacuees from Kabul to an undisclosed “third country”. The C-2 transported Japanese personnel to this country.

Singapore has also offered one of its A330 MRTTs to support the Afghanistan evacuation mission.

Key European countries such as France, Germany and the UK are also participating in the evacuation effort.