Korea Aerospace Industries (KAI) is forging ahead with sales efforts in the international advanced jet trainer/light attack market with the FA-50 after a stinging loss in the USA’s T-X competition.

Korea Aerospace Industries (KAI) is forging ahead with sales efforts in the international advanced jet trainer/light attack market with the FA-50 after a stinging loss in the USA’s T-X competition.

Sang Choi is executive vice president and general manager of KAI’s business division. He is a veteran of the company’s overseas sales campaigns for the T-50 advanced jet trainer and its FA-50 light attack variant. He spoke with FlightGlobal at the recent Seoul ADEX show.

Though the T-50 and FA-50 has been broadly adopted by the Republic of Korea Air Force (RoKAF), and has won sales in the Philippines, Indonesia, Thailand, and Iraq, the programme’s ultimate ambition was the US Air Force’s T-X competition to replace the Northrop T-38. Lockheed was prime in the contract with a variant designated T-50a, but ultimately the deal went to a Boeing/Saab team in September 2018.

“I can't say [losing T-X] has had no impact, but business is always ups and downs,” says Choi. “Losing T-X was just one programme out of many. My job is to encourage my people to keep going and we are focusing on FA-50. We’re talking with Indonesia, Philippines, Argentina, and Botswana.”

Indonesia and the Philippines would represent follow-on buys. Jakarta operates 15 T-50Is in the trainer role – it had 16, but one crashed in 2015. Choi says the number is not clear, but that the FA-50 could potentially replace Jakarta’s 15 Northrop F-5 E/F fighters, which Cirium fleets data show as retired.

The Philippines deal could potentially be for 12 FA-50s, adding to its existing 12 examples, but Manila wants some updates prior to making a decision. These include the integration of the Lockheed Martin Sniper Advanced Targeting Pod, a laser guided bomb capability, and the ability to carry 300-gallon fuel tanks on the wings, double the capacity of existing tanks.

Sniper pod integration is likely by the end of 2020, says Choi.

Choi is also confident of the FA-50s prospects in Argentina, an acquisition of eight aircraft. 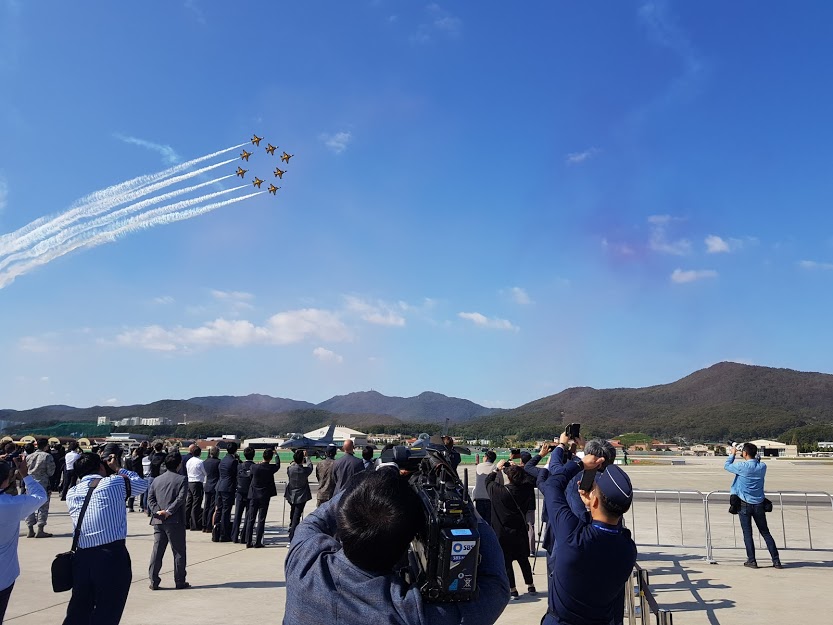 “The Argentine government has already made the decision to buy eight FA-50s, and we have had several serious discussions with them to finalise the configuration, price, and terms and conditions,” says Choi. “Industrial participation is very important, so we've been talking with them.”

KAI will need to provide financing for Argentina deal, and has been working with South Korea’s Export-Import banking on the matter. The sale, however, awaits the conclusion of the country’s general election on 27 October.

The Botswana deal also awaits the outcome of a general election on 23 October, with a potential sale of 12 aircraft. Saab has also expressed interest in this deal with the Gripen C/D.

“They've been looking at several alternatives such as the [Gripen] but I believe they will come back to FA-50. We’ll reengage Botswana anytime right after the election.”

Choi adds that Iraq, which has received 22 T-50IQs out of a total order of 24, has not expressed interested in additional examples. “They are trying to set up their own air force capability. In the meantime, we are focusing on aftermarket support.

Choi adds that there are other potential customers looking at the FA-50. “It’s a little bit too early to expose their names,” he says.

Other longer term upgrades planned for the FA-50 include the addition of a beyond visual range missile, though Choi did not specify a weapon, as well as the potential addition of an air-to-air refueling probe by 2025. 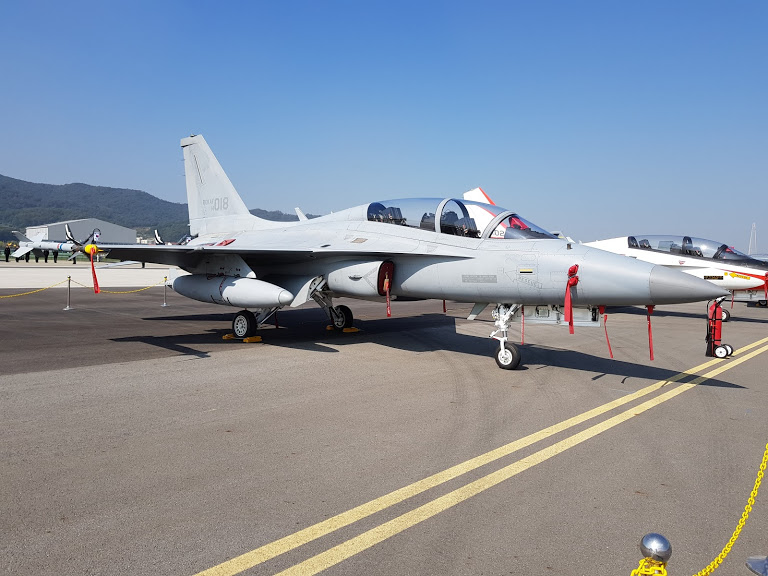 On whether the FA-50 will receive an active electronically scanned array (AESA) radar, Choi says this really depends on customer demand. The RoKAF does not require this upgrade.

Choi adds that KAI and South Korea’s defence sector has the backing of Seoul as it works to sell aircraft overseas.

“The government pays a lot of attention to the aerospace industry and is trying to support it,” he says. “Whenever government officers talk with International friends, they talk about Korean equipment and weapon systems. With their support I believe things will go well.”