Leonardo Helicopters is maintaining its belief in the AW159 Wildcat, despite a barren sales period that has seen its backlog for the platform dwindle to zero.

Leonardo Helicopters is maintaining its belief in the AW159 Wildcat, despite a barren sales period that has seen its backlog for the platform dwindle to zero.

This week, the manufacturer celebrated the 10th anniversary of the Wildcat’s 12 November 2009 first flight. However, with deliveries to the UK and export customers exhausted, there are no new examples of the medium-class helicopter in production. 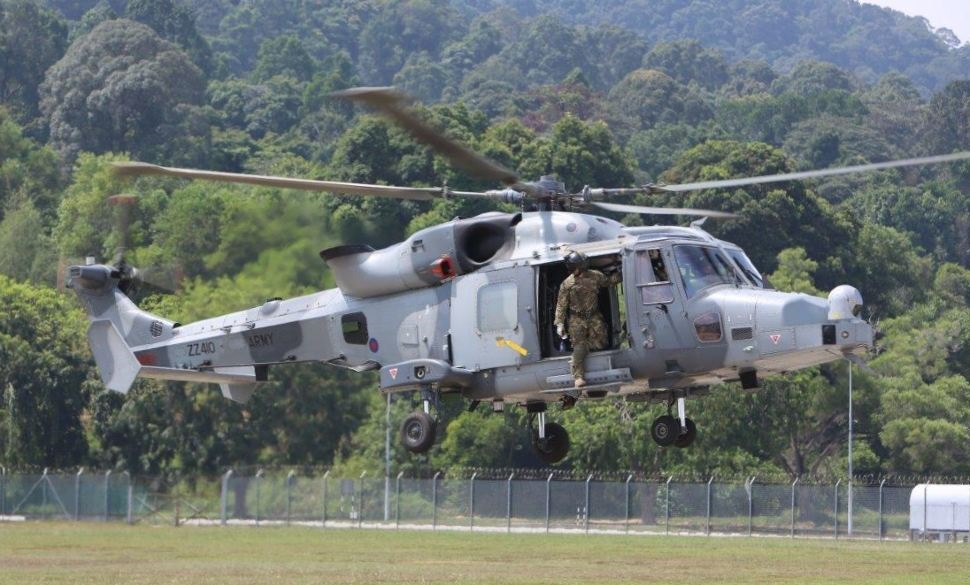 Originally designed for the British Army and Royal Navy (RN) under the Future Lynx requirement, the services operate 32 and 28 examples of their respective AH1 and HMA2 variants. Additionally, the AW159 secured export orders from the navies of the Philippines and South Korea for a combined 10 helicopters. The last of these was delivered in May 2019.

However, Nick Whitney, the company’s director of UK sales and export campaigns, says there are a “number of opportunities in the works”. If these are concluded, they would “not just fill the hopper but make the hopper really heavy”, he adds.

“We have to win them to fill that hopper, but I think the capability offered by the Wildcat is quite unique,” Whitney says. He cites the type’s “fifth-generation” avionics and sensor suite, as well as the platform’s compact size.

Whitney declines to name potential customers beyond the already-acknowledged target of South Korea, which has a follow-on requirement for 12 anti-submarine warfare helicopters. Seoul is choosing between the AW159 and Sikorsky’s MH-60R Seahawk, with a decision expected in 2020.

Including South Korea, Whitney believes there are “very easily” opportunities for “30-plus” aircraft, notably among the existing pool of legacy Lynx operators.

Although the Yeovil, UK facility that builds the Wildcat remains busy with other work – notably on the AW101 – Whitney acknowledges that a lengthy production gap will eventually become a problem.

“If we are not successful we cannot go on marketing forever something that we cannot sell,” he says. However, he notes: “Time is on our side at the moment.”

The wing “has been flown in every configuration”, including with the navy’s legacy depth charges and torpedoes, says Matthew Boucher, Leonardo Helicopters’ head of AW159 and Lynx programmes,

First firing of a Martlet missile is due “in the next couple of months”, says Boucher. Initial operational capability is scheduled for October 2020, with the Sea Venom following a year later.

Boucher is also confident that Leonardo’s domestic customer will eventually look to upgrade its fleet with technologies incorporated into export aircraft, such as the Thales Flash dipping sonar and a digital automatic flight-control system.

“We are hopeful that the UK Ministry of Defence would look to upgrade with the enhanced capabilities we have got on the international market,” he says.