Leonardo Helicopters’ AW149 represents the best solution for replacing the Royal Air Force’s (RAF’s) Airbus Helicopters Puma HC2 transports and a trio of medium-lift types flown by the British Army, according to the boss of its UK business.

Confirmation of the 23-strong Puma fleet’s retirement between 2023 and 2025 came when the Ministry of Defence (MoD) on 22 March published its equipment plan for the next four years. 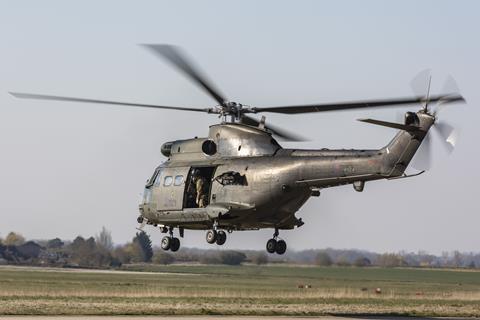 The rotorcraft referred to are understood to be the veteran Pumas, plus army-operated Bell 212 and 412 transports and Aerospatiale-built AS365 Dauphins which are used to support special forces personnel.

“We were very pleased to see the announcement that Puma would be replaced,” says Leonardo Helicopters UK managing director Nick Whitney. “We see a real opportunity to offer the AW149 into that market.”

The airframer launched its promotion of the AW149 as a potential Puma replacement at the DSEI exhibition in September 2019. A military forerunner of the commercial AW189, it is capable of carrying 16 fully-equipped troops.

Describing the type as a “cost-effective, proven” model, the company says it could deliver “military off-the-shelf” aircraft to the UK within less than 24 months, if replacements are required swiftly. 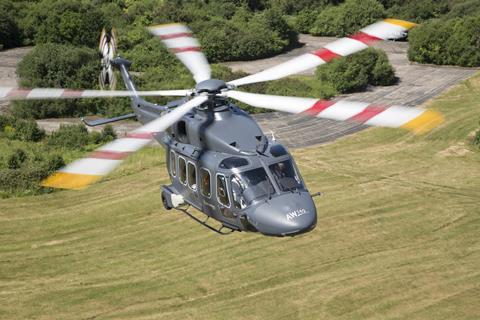 Production of AW149s for the UK would take place in Yeovil

Whitney says selection of the AW149 would provide new work at the company’s Yeovil site in Somerset, where it proposes to establish an assembly line for the type – current examples are produced in Vergiate, Italy.

“We know we can do it – we’ve done it before,” he says of establishing such a line, referring to the company’s past production in Yeovil of AW189s for search and rescue use by Bristow Helicopters on behalf of the UK Maritime and Coastguard Agency.

Cirium fleets data shows that the AW149 is in production for Egypt, under a 24-unit order, while the Royal Thai Army is also a customer, having taken five examples.

“Advanced platform and system technologies, equipment and weapons, coupled with unparalleled safety and performance, and high levels of survivability and crashworthiness, provide military customers with a highly effective, survivable and cost-effective capability,” the company says.

It also points to the use of an open systems architecture as enabling the “rapid and low-cost integration of new equipment to meet changing military requirements”.

In addition to providing new work for the company’s 3,000 employees in Yeovil and across its supply chain, a UK order would also benefit the nation’s economy via what Whitney expects to be significant export business.

The MoD has yet to release to industry its requirements for the Puma replacement activity, or detail how many aircraft it might look to procure. However, anticipating that this could be for more than 30 aircraft, Whitney notes: “That’s significant, and would make the [UK] MoD a reference customer user of our product, and that’s what gives us the export opportunity.”

Leonardo “conservatively” expects the potential size of such a market to be for 500 aircraft, he says, but notes that such demand would “depend on the UK operating the asset”. 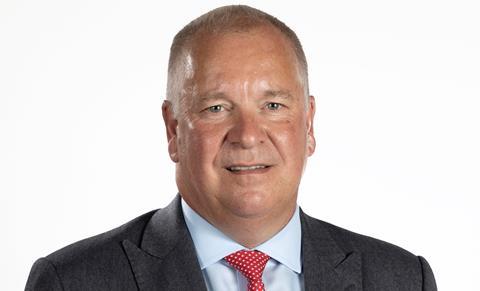 “Leonardo has worked closely with the UK government over the recent period and very much welcomes the announcements and opportunities which can result from the industry/government partnerships moving forward,” the company says. “Leonardo stands ready to support the UK government with its intention to procure a new medium helicopter and develop future technologies, including uncrewed systems.”

The company last year conducted a manned-unmanned teaming trial involving an AW159 Wildcat and an unmanned air vehicle provided by Callen-Lenz, and he hints that it is “looking at [developing] other unmanned vehicles” in the UK.

Airbus Helicopters has also shown interest in a UK Puma replacement opportunity, earlier this year identifying the H175, H225M and NH Industries (NHI) NH90 as potential candidates. Of note, Leonardo is a partner company in the NHI consortium, along with Airbus and Fokker of the Netherlands.

Separately, Whitney remains optimistic about securing further sales of the AW159, despite its Yeovil assembly line for the type currently being used only for modification work on UK examples. Although the company’s order book currently lacks any commitments to the type, he says the Lynx variant remains “the best small ship’s helicopter in the world, and has that niche capability that other aircraft just don’t have”.

The company has “a number of campaigns ongoing” for the AW159, he says, adding: “We certainly don’t see the need to start panicking yet in terms of Wildcat.”

Meanwhile, production of the 15t-class AW101 continues in Yeovil, with rotorcraft currently in-build for Norway and the Polish navy. Whitney says Leonardo also is pursuing “a number of upgrade opportunities around existing fleets” of the three-engined transport.