The three aircraft were inducted during a ceremony at the nation’s Makurdi air base, where the fighters will be based, says a post on the air force’s Facebook page. 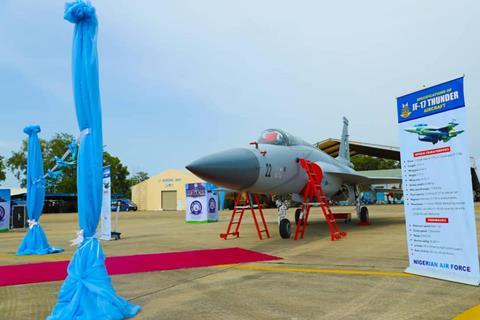 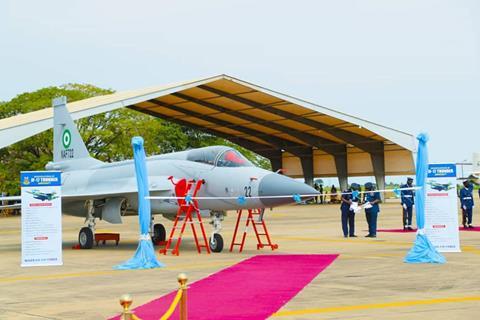 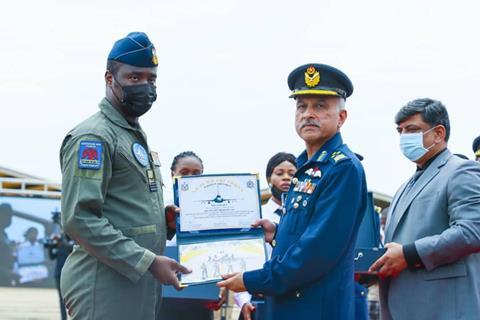 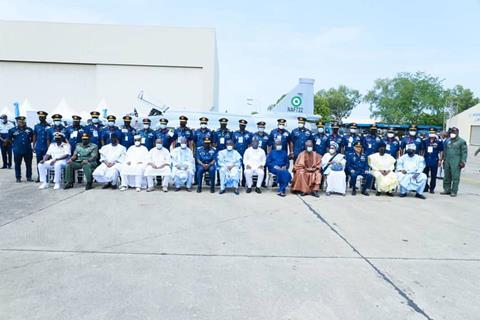 Nigeria's JF-17s will be based at Makurdi air base 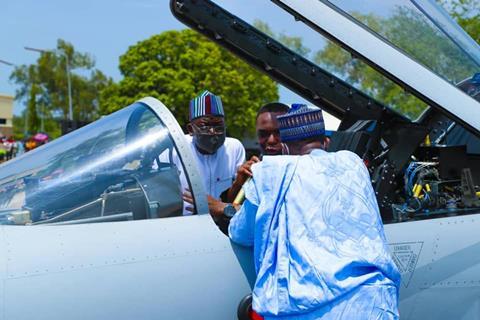 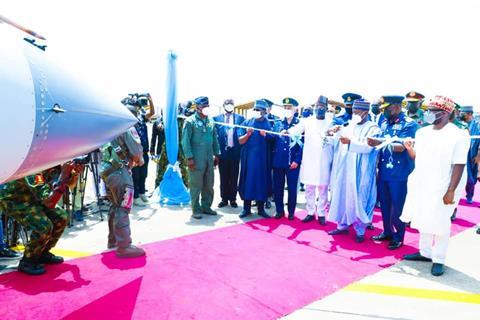 Dignitaries at the JF-17 induction

The induction was part of the air force’s 57th anniversary celebrations.

The addition of the JF-17s takes this number to 26.

Amao adds that the new assets have an import role in battling an insurgency in the country’s northeast.

The Super Tucanos are due for delivery in the middle of the year.

News of the Nigerian JF-17 acquisition was first confirmed in January 2018, when they appeared on a 2018 budget document. This made Nigeria the first customer for the type outside of Pakistan to be named. Myanmar also operates the type.

There have also been recent media reports that Chinese defence exporter CATIC is pitching the JF-17 to Argentina.