The Nigerian air force (NAF) will take delivery of six of 12 Embraer A-29 Super Tucano light-attack aircraft in the middle of 2021.

A second batch of six examples will be delivered before the end of the year, adds Sierra Nevada Corporation (SNC), the prime contractor for the Nigerian acquisition. 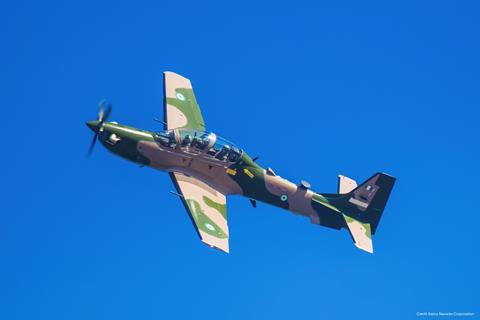 The sixth Super Tucano produced for the Nigerian Air Force 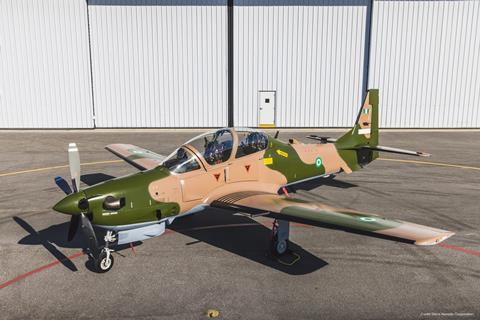 The sixth Super Tucano produced for the Nigerian Air Force

At present, five Nigerian Super Tucanos are at Moody AFB in Georgia for pilot and maintainer training. The two companies released images of the sixth aircraft, which also will be flown to Moody, in a jungle camouflage scheme.

“The painted jungle scheme NAF A-29 now moves on to mission modification at Moody Air Force Base,” says SNC. “Following modification, before delivery, NAF pilots and maintenance personnel will further train in the aircraft.”

In November 2018, SNC was awarded a $329 million Foreign Military Sales contract from the US government to build 12 A-29s for the Nigerian air force. The armed turboprops are intended for use against Boko Haram and Islamic State militants.