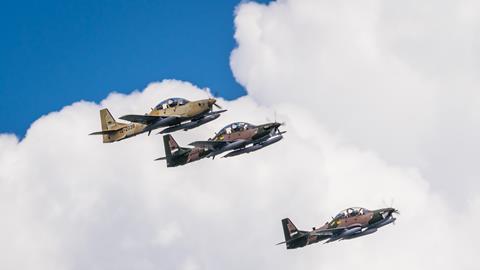 Nigeria’s first batch of Embraer/Sierra Nevada (SNC) A-29 Super Tucano light-attack aircraft is on its way to the customer.

The first delivery includes six Super Tucanos that recently departed from the Moody AFB in the state of Georgia, according to SNC. 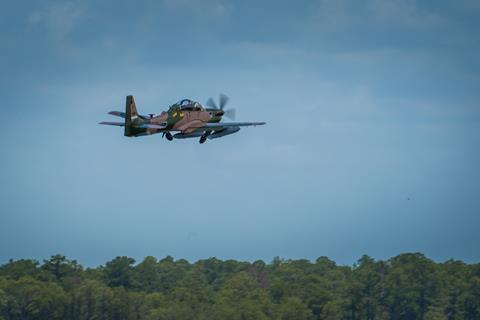 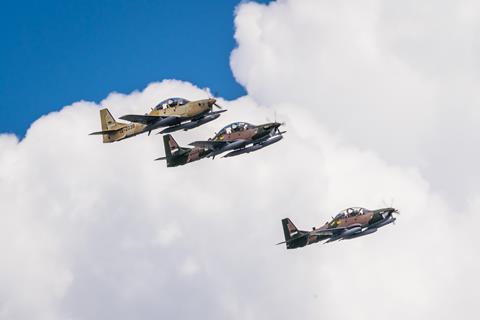 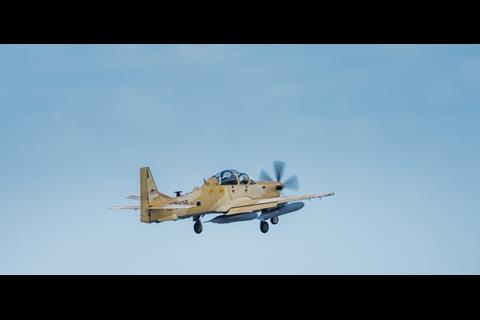 At least one of Nigeria's Super Tucanos features desert camoflage 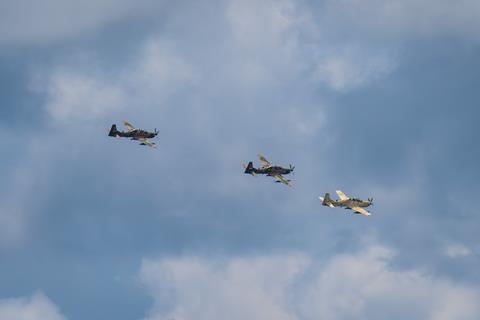 It did not provide details of the aircrafts’ flight plan, but says they are due for delivery by the end of 2021.

The aircraft, built by SNC in Jacksonville, Florida, were at Moody AFB for pilot and maintainer training.

In November 2018, SNC was awarded a $329 million Foreign Military Sales contract from the US government to build 12 A-29s for the Nigerian air force. The armed turboprops are intended for use against Boko Haram and Islamic State militants.

The Nigerian air force is steadily upgrading its capabilities. In May, it inducted a trio of Chengdu/Pakistan Aeronautical Corporation JF-17 fighters at the nation’s Makurdi air base.

Cirium fleets data indicates that there are 164 Super Tucanos in service globally. Major operators include Brazil (93 examples), Afghanistan (25), and Chile (22).

The type is also operated by Lebanon, Mauritania, the Philippines, Turkmenistan, and an undisclosed customer.

“The A-29 Super Tucano is the most reliable and cost-effective solution for basic through advanced flight and combat training, close air support operations, intelligence, surveillance and reconnaissance, counter-insurgency and irregular warfare scenarios,” says SNC.

“The aircraft has already been selected by 15 air forces around the world to deliver cost-effective close air support and reconnaissance capabilities.”