Boeing released images of the adapted 737NG leaving its paint shop in Renton, Washington on 9 July. Carrying the service registration 9582, the surveillance aircraft has been named Vingtor. 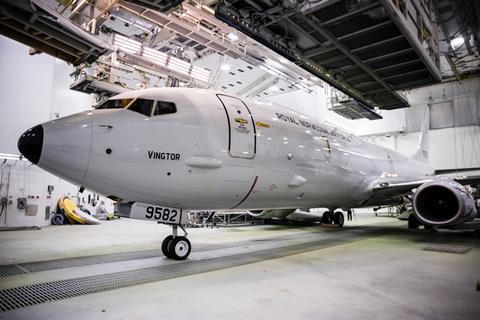 Norway is acquiring the P-8A fleet to replace six Lockheed P-3C/N Orions and two special-mission Dassault Falcon 20s. It signed for the Boeing type in January 2019, and final assembly work on its lead aircraft commenced in April 2021.

“First flight is scheduled for later this month, and mission systems will be installed on the aircraft after that,” Boeing says. 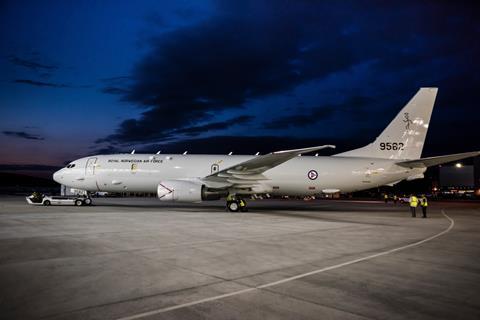 Cirium fleets data shows that Norway’s current P-3s are aged between 32 and 53 years.