Lockheed Martin and Saab are to contest the final phase of Canada’s 88-aircraft fighter replacement need, after Ottawa narrowed the competitive field to their respective F-35A and Gripen E candidates. 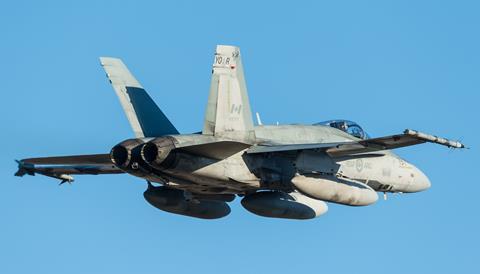 The decision eliminates Boeing’s F/A-18E/F Super Hornet from contention. Dassault and the Eurofighter consortium had previously withdrawn their Rafale and Typhoon candidates.

“Proposals were rigorously assessed on elements of capability, cost and economic benefits. The evaluation also included an assessment of economic impact,” the procurement body says.

“Over the coming weeks, Canada will finalise next steps for the process, which, based on further analysis of the two remaining bids, could involve proceeding to final negotiations with the top-ranked bidder,” it says. Alternatively, this could involve “entering into a competitive dialogue, whereby the two remaining bidders would be provided with an opportunity to improve their proposals”, it adds.