Under the contract, which also includes options for four additional aircraft, deliveries are due to begin within 28 months, Aero Vodochody says. 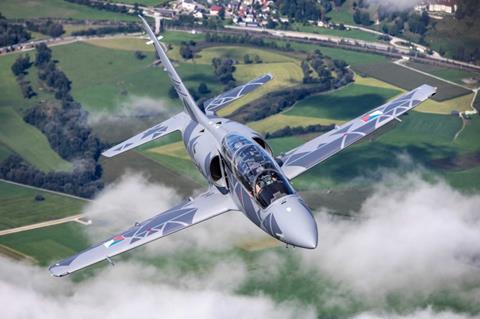 In addition, LOM Praha will deliver initial training for pilots and ground crews, plus support equipment, spare parts and a flight training device.

Acquired to replace LOM Praha’s current L-39Cs, in use for the last 18 years, the new jets will be used for basic, advanced and basic combat training.

Although principally to serve pilots from the Czech Republic’s air force, the L-39NGs will also be flown by crews from other nations under the NATO Flight Training Europe programme at Pardubice air base.