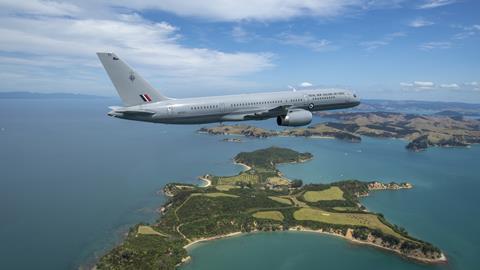 The Royal New Zealand Air Force (RNZAF) operates in a vast geography that ranges from idyllic Pacific islands to Antarctica, and also deals with a broad array of missions.

RNZAF chief Air Vice Marshal Andrew Clark says that the missions of the broader New Zealand Defence Force fall into two broad areas, one covering typical military missions, the other being what would be regarded in other countries as coast guard work. 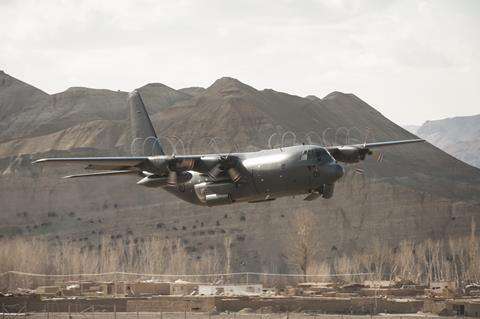 During a given week, this means the RNZAF is likely to be engaged in missions close to home such as search and rescue, economic zone surveillance, and disaster relief. It will also find it itself performing traditional military missions, such as deploying Lockheed Martin C-130H tactical transports to the Middle East, or dispatching a Lockheed P-3K2 Orion surveillance aircraft to support UN sanctions enforcement against North Korea.

“It’s quite a wide spectrum of operations we get involved in,” says Clark, a former P-3K2 pilot.

In an interview with FlightGlobal about RNZAF platforms and acquisition plans, a recurring theme in Clark’s remarks is flexibility and capability. Clark leads the service as it is about to embark on some major upgrades in its fixed-wing capabilities, including the replacement of the venerable P-3K2 with the Boeing P-8A, and the C-130H with the C-130J.

Clark says both legacy types have been in service since the 1960s and are due for replacement. The deal for four P-8As was confirmed in July 2018, while Wellington committed to five C-130Js earlier this month.

“[The P-3K2 and C-130H] have been with us a very long time,” he says. “They’ve filled a really important niche, performing that wide distribution of duties that we have as a defence force.”

He gives the example of a P-3K2 performing fisheries surveillance on one day, and switching to its classic anti-submarine warfare mission the next.

“The challenge now with both of those aircraft types is age, and with age there are concerns around structural life, but also increasingly obsolescence management.” 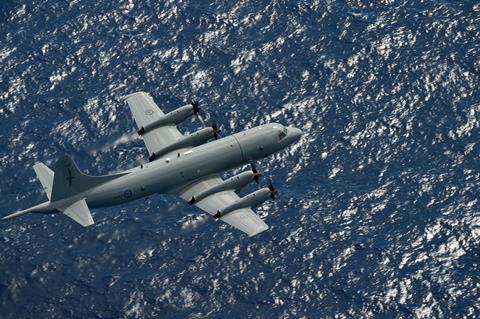 The first P-8A will arrive in 2023, and the initial crew for the 737-based type is in Jacksonville, Florida, training with the US Navy. RNZAF personnel will also have the opportunity to work on operational P-8As with allies such as Australia. Crews for the C-130J, the first of which will arrive in 2025, will probably start to head overseas for training on the type in 2022.

One thing Clark has in common with airline chief executives is finding a replacement for the 757-200, of which the RNZAF has two examples that are due to be retired in about 2027. The service’s 757s have a combi configuration and have been used for a range of missions, including flights to Antarctica.

“[The 757] really sits in a niche almost of its own,” says Clark. “When you look out on the market, there’s not much with that same combination of range, size, capacity and utility. For us, it’s been a really good buy and sits in a really good niche for us… with that balance between passengers and cargo.”

Clark says the search for a new type has not “kicked off in anger yet,” but that the RNZAF is in the “early phases of scouting around.” He adds that for such a big acquisition it will look very carefully at what, precisely, it wants out of the replacement aircraft, such as the ideal mix of passengers and cargo.

“It’s a lot of money,” says Clark. “So we go through quite a robust project process. And what we will do in the early phases of that project is actually just go back to basics… instead of just diving in and trying to find another aircraft in the same niche as the 757, we will confirm again what are the main things we want out of this.”

Illustrating the RNZAF’s flexible approach to obtaining capability was its 2013 decision to obtain eight Kaman SH-2G Seasprite naval helicopters, replacing five SH-2Gs that had been in service since the late 1990s. Wellington’s new airframes were originally built for Australia, but in 2009 Canberra cancelled the contract after cost overruns and persistent technical issues.

New Zealand obtained the rotorcraft for NZ$242 million ($156 million). Given the bad publicity around the original Australian acquisition, the move attracted a degree of controversy in local media. Clark, however, says that Wellington got a terrific deal for helicopters that are ideally suited to New Zealand requirements. He adds that the deal actually involved 10 helicopters, but two are what he refers to as “spare attrition airframes”, as well as full flight simulators. 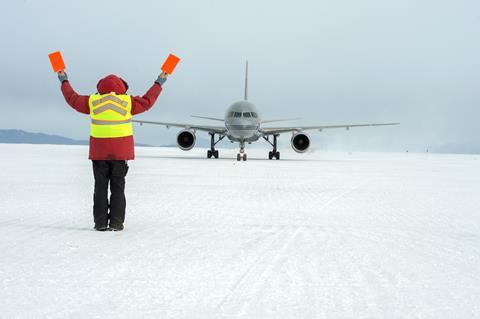 “What we have to bear in mind is what we were able to pick up for what we paid,” says Clark. “For us the Seasprites provide a good mix of capabilities from that warfighting side through to general utility. It’s been a good size for our ships and the purchase came at a really good time for us as well.”

Given that New Zealand is one of the few operators of the Seasprite, Clark admits that the primary challenge is obsolescence management until a replacement is due sometime in the late 2020s. To ameliorate this, the RNZAF works with both local and US suppliers.

“We have a little while to go before replacing them so we do need to keep them going. We got into this knowing that obsolescence management was going to be a challenge, but we also got a lot capability for what we paid.”

Another recent addition to the RNZAF fleet is the NH Industries NH90, eight examples of which replaced the Bell UH-1. Clark notes that the type is a major improvement over its predecessor.

“[The NH90s] have already demonstrated their abilities a number of times now, both domestically and on deployed operations,” he says. “We’re very happy with the aircraft. I think, like a number of NH90 customers, that we would prefer to have a higher availability rate out of them.” 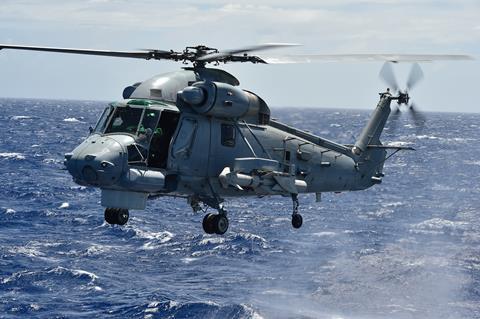 One challenge in particular was the long supply chain back to Europe. Clark notes that Airbus Helicopters, a partner in the NH90 programme, has been very supportive. This includes the establishment of a blade servicing capability in New Zealand, which he says has “significantly shortened the logistics chain for us”.

A unique feature of the RNZAF is that it lacks fast jets, following the retirement of its McDonnell Douglas A-4 Skyhawks nearly two decades ago, which was followed by a decision not to replace them with Lockheed F-16s. Asked whether there are any plans to re-establish a fast jet capability, Clark notes that this was not brought up in the country’s Defence Capability 2019 document, which outlined defence force plans for the 2020s.

One compelling acquisition that was listed in the plan calls for an airborne surveillance capability to complement the P-8A. Clark says that this is now referred to as EMAC, short for enhanced maritime awareness capability. However effective, four P-8As will not be the entire solution for New Zealand’s maritime domain awareness requirement. Clark foresees a layered approach that includes space-based surveillance, as well as a medium-sized surveillance aircraft that lacks the range of the P-8A, but which has high utilisation rates in support of civilian agency requirements. Unmanned air vehicles are also seen as part of this surveillance mix.

For the time being, Clark’s more immediate concern is about the coronavirus pandemic, and particularly how this will affect the supply chains involved in sustainment.

“The key thing for most air forces looking at the next 18 months to two years is the challenges around the global supply chain, logistics support chain, the industrial support base, and making sure that we’re all able to keep our fleets of aircraft going.”

As for the re-emergence of great power rivalry in the Asia-Pacific region and how this will affect acquisitions, Clark suggests flexibility is key. “What this means in a capability sense is making sure that we are hedging against a wider range of possible missions.”

Story corrected to reflect that the RNZAF operates the P-3K2, not the P-3C.