DAPA says Jakarta’s “F-15EX and [Rafale] introduction plan is a separate issue from the joint development of KF-X as an activity to reinforce the Indonesian air force”. 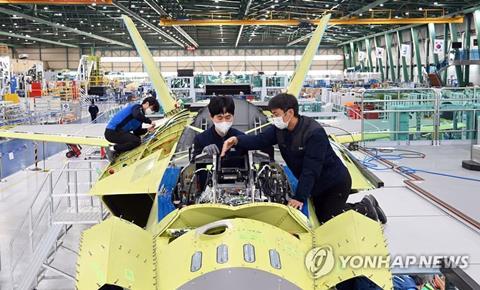 The agency adds that discussions continue between Indonesia and South Korea regarding the KF-X, in which Indonesia is a 20% partner.

The DAPA statement was in response to media reports in Indonesia in mid-February that quoted air force chief of staff Fadjar Prasetyo saying that the air force plans to obtain 36 Rafales and eight F-15EXs by 2024.

Irrespective of Indonesia’s apparent interest in French and US fighters, there has been persistent media speculation in South Korea that Jakarta is keen to pull out of the KF-X programme – or at least negotiate more favorable terms. Since at least 2018 Jakarta has had second thoughts about the cost of involvement in KF-X.

It is understood that Jakarta is far behind on payments in the W8.8 trillion ($7.9 billion) programme. In addition, Indonesian personnel who were formerly deployed to South Korea to work on the programme have yet to return after being withdrawn in March 2020 owing to the coronavirus pandemic.

The Korea JoongAng Daily cites a South Korean government official as saying that Jakarta wants more technology transfer than originally negotiated, and for its stake in the programme to be reduced to 15%. In the past, Jakarta has also pushed to make payment in kind, for example providing Seoul with additional Airbus Defence & Space CN235 tactical transports, which are produced in Bandung by Indonesian Aerospace.

The stakes are high for KAI and the KF-X, with South Korea to obtain 120 examples of the twin-engined fighter, and Indonesia to take 48 of the IF-X variant. The loss of Indonesian orders would greatly increase the unit price of the fighter. This would also hurt the type’s viability in the competitive international fighter market.

Production of the first KF-X prototype is well underway at KAI’s Sacheon factory. Original plans called for the aircraft to be rolled out in April, with test flights starting in 2022.

In addition, US officials have reportedly discussed the Boeing F/A-18E/F Super Hornet and F-15EX with Jakarta, although no Foreign Military Sales cases have been posted. Indonesia has also expressed interested in used Austrian Eurofighters and Lockheed Martin F-16Vs, while a long-running plan to buy 11 Sukhoi Su-35s was apparently abandoned out of fear for US sanctions.