Spate of H145M deliveries near for Airbus Helicopters

Launch customer Germany has already received its full complement of 15 H145Ms – operated by the country’s air force on special forces missions – while Serbia has taken more than half of the nine aircraft it has on order. 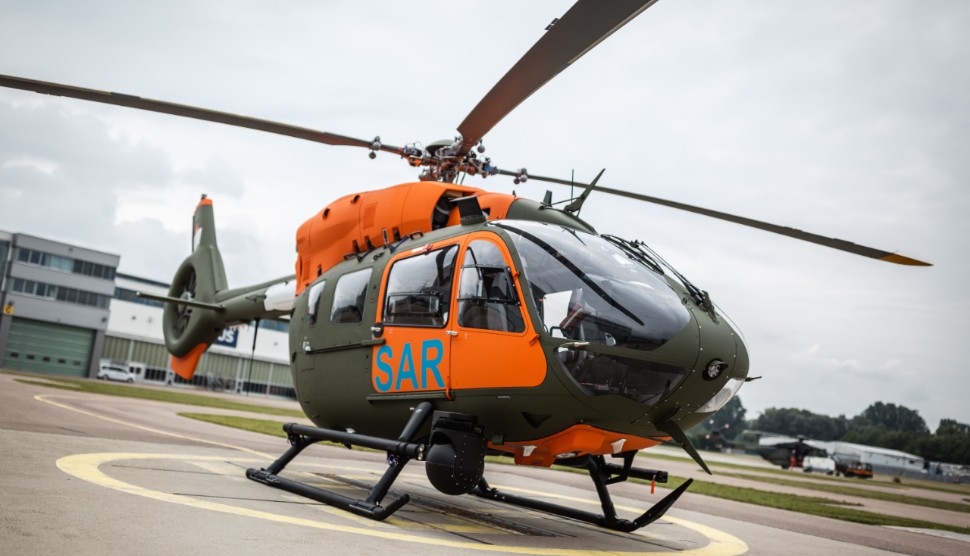 In recent days, Luxembourg has taken its first example – operated by its national police force – with a second to follow by year-end.

Meanwhile, Hungary will take its first of 20 helicopters next month, equipped with the manufacturer’s HForce modular weapons system.

In addition, the German army is also due to take the first of seven units this year for use on search and rescue and medical evacuation missions.

Two initial examples have already been produced but are stationed at Augsburg for training missions.

As well as standard rescue equipment such as a hoist, Trakka searchlight and L3Harris Wescam MX-15 electro-optical/infrared camera, the variant is also fitted with a system designed to locate casualties by pinpointing their mobile phone.

Although they are to be flown by the German army, the helicopters are actually the standard civil model, rather than the dedicated military M variant.

Both are produced on the same final assembly line in Donauworth, Germany, along with the smaller H135 light-twin.

Previously built on two separate lines, Airbus Helicopters has now consolidated the two, allowing the manufacturer to better cope with peaks and troughs of production. 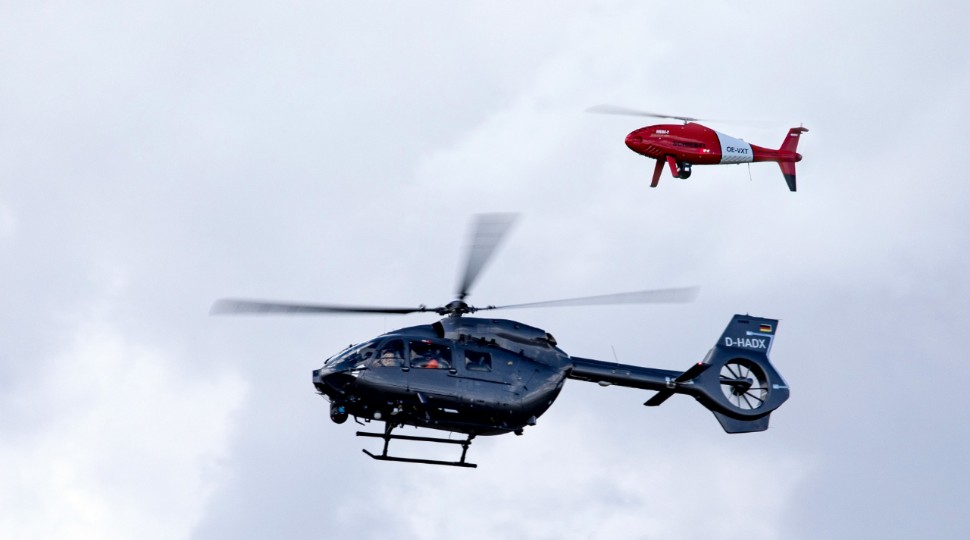 An initial effort earlier this year successfully demonstrated that the helicopter’s crew could control a Schiebel Camcopter rotary-wing unmanned air vehicle (UAV) while in flight.

However, the phase 2 testing will attempt to improve key areas, including crew workload, connectivity and certification of the operations, says Mark Henning, programme manager for government business on the H145.

Trials will be carried out with two existing customers – one military and one parapublic operator – using an undisclosed rotary-wing UAV.

Henning says that based on the previous round of evaluation, the workload required to control a UAV while also acting as the helicopter co-pilot is “enormous”.

“We have to enhance the level of automation on the unmanned system, as well as on the helicopter,” he says.

Advances in machine learning and processor technology should enable UAVs to carry out missions autonomously, he adds.

Henning expects the phase 2 tests will last about one year, with the system to be commercially available around one year later.

However, he points out that the manufacturer will still have to persuade operators that the system can deliver as promised. Customers will also have to consider if they can accommodate such a change.

“We have to prove to a customer that it is reality, not sci-fi. We are confident we are doing the right thing – we hope we can do the convincing work at the same speed,” says Henning.