The service inducted the type at its Iruma air base, according to a brief statement on its Facebook page. 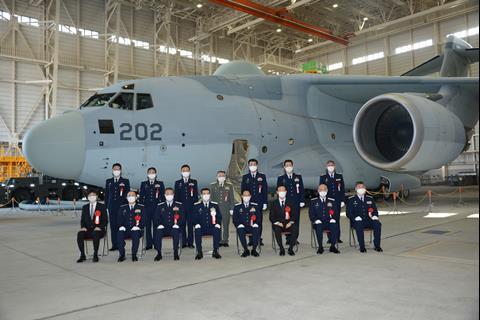 The RC-2 induction ceremony at Iruma air base 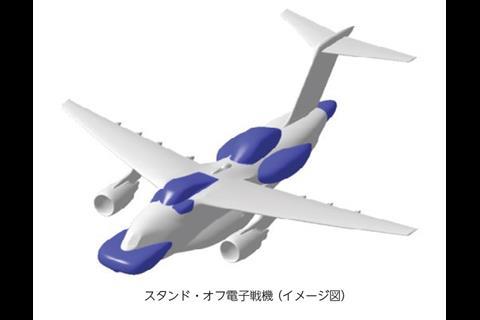 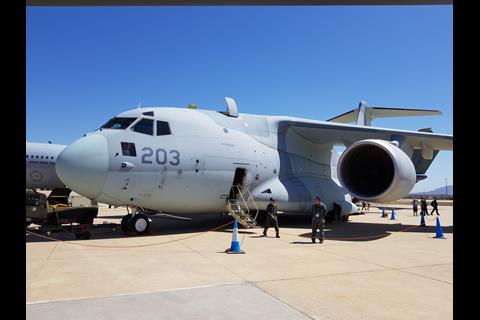 The baseline Kawasaki C-2 at Australia's Avalon Airshow in February, 2019

The RC-2 will replace the NAMC YS-11EB, according to a Japan Times report. The report adds that the RC-2’s signals-gathering equipment was produced by local technology giant Toshiba.

Images of the ELINT-roled C-2 first emerged in 2018. Modifications include large blisters aft of the wing, several antennas under the fuselage, and a dome on the upper part of the fuselage, just aft of the cockpit.

The top of the tail has been modified with an additional fairing, while the radome appears slightly larger than on the baseline C-2.

In addition to the RC-2 ELINT aircraft, Tokyo may be planning an electronic warfare variant of the C-2. The 2020 Defense of Japan White Paper contained a conceptual image of a C-2 with equipment fairings as well as a heavily modified nose and tail, with the caption “stand-off electronic warfare” system.

Powered by GE Aviation CF6 engines, the C-2 has been developed as a successor to the Kawasaki C-1 in both strategic and tactical airlift missions.

Cirium fleets data indicates that the JASDF has four YS-11s earmarked for ELINT and signals intelligence missions, with an average age of 51 years.