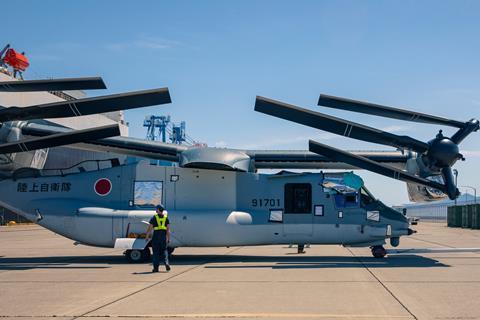 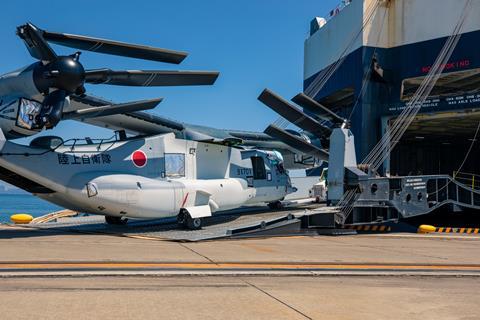 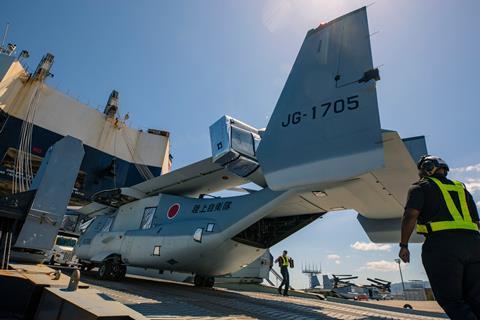 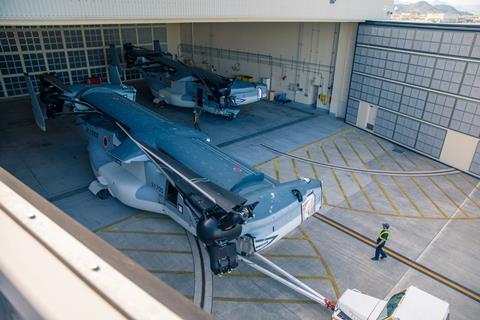 Tokyo has received its first pair of Bell Boeing V-22 Osprey tiltrotors, as the nation continues to build up its amphibious capabilities.

A post on the United States Forces Japan Twitter account shows the two rotorcraft being loaded onto a ship for transport across the Pacific to Japan.

The aircraft are now at US Marine Corps Air Station Iwakuni on the main Japanese island of Honshu.

In 2015, Tokyo became the first and so far only export customer for the V-22.

To counter Beijing’s increasing activity in international waters, Tokyo is developing an Amphibious Rapid Deployment Brigade that draws from the experience of the USMC, the major operator of the V-22.

Ultimately Tokyo plans to operate 17 examples. The type was originally supposed to be delivered in 2018, but concerns about local basing delayed this.

Tokyo is also modifying its two Izumo-class helicopter cruisers, the Izumo and Kaga, to operate the Lockheed Martin F-35B, of which there are plans to obtain 40 examples.