The UK will retire its Tranche 1 Eurofighter Typhoons, Lockheed Martin C-130J tactical transports and Airbus Helicopters Puma HC2 rotorcraft by the middle of this decade, as the Ministry of Defence (MoD) targets a range of capability updates.

Detailed within a Command Paper publication released on 22 March titled Defence in a competitive age, and covering the period to 2025, the MoD’s plan also includes major new investment in a future combat air system (FCAS) project, but provides only vague details on its total commitment to the stealthy Lockheed Martin F-35B. 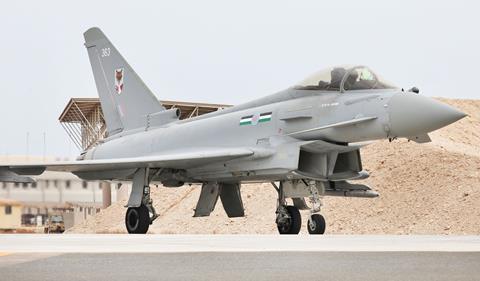 Retirement of older Typhoons will support upgrades to Tranche 3 examples

Around 24 of the Royal Air Force’s (RAF’s) oldest Typhoons will leave service by 2025, with the saved support funds to be channelled into upgrades to its more modern Tranche 2 and 3 jets. This will include integrating MBDA’s Spear 3 air-to-surface missile and an active electronically scanned array radar. The service will continue to sustain its current seven-squadron strength with the type, including a joint unit formed with Qatar’s air force.

More than £2 billion ($2.77 billion) will be invested in the FCAS activity by 2025, with the report detailing new investment from the UK worth £1.2 billion of this total. Work on the project – which also involves Italy and Sweden – will include advancing a manned or unmanned Tempest fighter, plus supporting capabilities including an unmanned Mosquito ‘loyal wingman’ and what the report refers to as “swarming drones”. 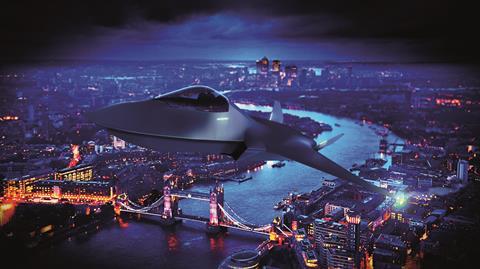 The report also commits to “grow the [F-35B] Lightning II force, increasing the fleet size beyond the 48 aircraft that we have already ordered”. No further detail about this plan has been released, but it is expected to cover the acquisition of additional examples within the coming years to ensure that this number of aircraft – required to ensure continuation of the UK’s Carrier Strike capability with the Royal Navy’s two Queen Elizabeth-class aircraft carriers for the next several decades – is safeguarded.

A decision on potentially reducing the UK’s programme of record requirement to eventually acquire 138 F-35s appears to have been deferred until the time of its next strategic defence review in 2025.

Meanwhile, a project to replace the RAF’s Boeing 707-based E-3D Sentry airborne warning and control system aircraft with five 737-derived E-7A Wedgetails has been cut back to just three airframes. The MoD last year ordered a trio of 737NGs for conversion into the surveillance type, plus two secondhand airframes sourced via Boeing for modification by STS Aviation Services. The first of these arrived at the company’s facility at Birmingham airport in early January. 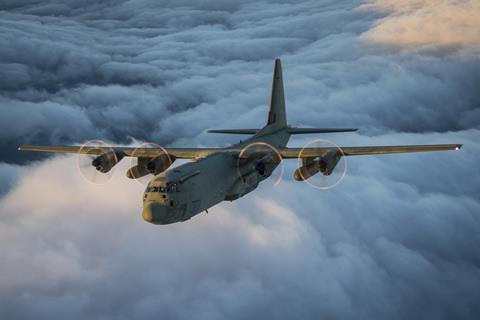 Retirement of the RAF’s stretched-fuselage C-130J-30s by 2023 will see “the A400M Atlas force increase its capacity and capability”, the MoD says. The first operator of the “Super Hercules”, the UK has previously withdrawn its short-fuselage C-130Js and sold the surplus assets to Bahrain, Bangladesh and the US Navy.

A pair of BAe 146 transports acquired secondhand to support operations in Afghanistan will also leave use next year.

Use of the Puma rotorcraft will be brought to an end in the 2023-2025 period, with a replacement medium-weight helicopter to be acquired. 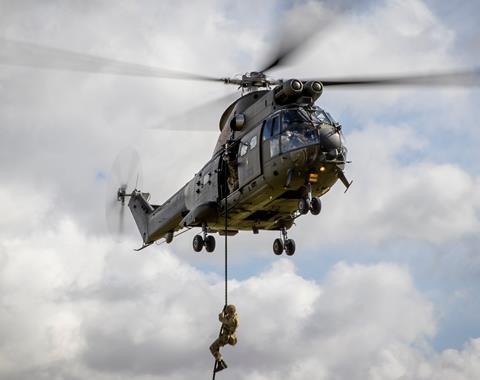 The MoD has not provided further details of this proposal, but notes: “The army is retiring its oldest CH-47 Chinook helicopters and investing, alongside the US, in newer variants of this operationally proven aircraft, enhancing capability, efficiency and interoperability. Investment in a new medium-lift helicopter in the mid-2020s will enable a consolidation of the army’s disparate fleet of medium-lift helicopters from four platform types to one,” it adds (in fact, the RAF operates both the Chinook and Puma fleets).

In the training sector, the RAF’s remaining British Aerospace Hawk T1 trainers will leave use by 2023, apart from those assigned to the Red Arrows aerobatic display team, which will continue to fly the type until 2030. “We will enhance the new military flying training system with further investment in synthetic training that will deliver more capable pilots more quickly and more efficiently,” it adds.

“The development of novel technologies, and a step change in how we use simulators for mission rehearsal and training, will enable the Royal Air Force to be among the most technologically innovative, productive and lethal air forces in the world,” the report states.

“The Royal Air Force will conduct a radical overhaul of how it is organised and how it approaches its people, training, bases and the aircraft and equipment it operates, harnessing the ever increasing effectiveness of a digitally empowered force,” says the report.

This will include measures intended to “amplify UK global influence by deepening our alliances in the Indo Pacific, Middle East and Africa [and] developing a global network of adaptable basing with key allies and partners,” it adds.

Such a shift will also be supported by the development from next year of an intelligence, surveillance and reconnaissance satellite constellation.