Dassault has scored a record export order for the Rafale fighter, with the United Arab Emirates signing for 80 examples of the multirole type.

The UAE is taking F4-standard jets, becoming the first user for the variant outside of France. 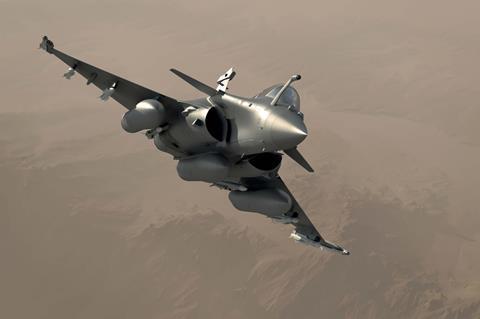 The deal with the UAE is the latest in a string of export wins for the French fighter, having previously secured orders from India (36), Egypt (54), Greece (six), and Qatar (36). Greece and Croatia are also each taking 12 Rafales previously operated by the French air force.

In addition, the UAE has ordered 12 Airbus Helicopters H225M heavy-twins.

Both contracts were signed during a visit to the UAE by French president Emmanuel Macron during a wider tour of the Middle East.

Story updated with contract value in the third paragraph.