UAE signs up for F-35 in 11th hour of Trump administration: report

Reuters, citing unnamed sources, said that Abu Dhabi signed off the Foreign Military Sales (FMS) package deal in the dying hours of Trump administration. It adds that deliveries could start as soon as 2027. 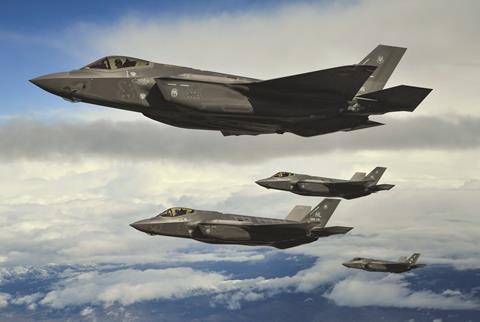 The incoming Biden administration, however, may not approve of selling the advanced fighter to a tribal monarchy – the first non-democracy cleared to receive the type. The new administration could raise questions about the UAE’s human rights record. It may also have concerns about maintaining Israel’s defence edge in the Middle East, although Israel has given the UAE F-35 deal its tacit approval.

Cirium fleets data indicates that the two pillars of the UAE combat fleet are 78 Lockheed F-16E/Fs and 59 Dassault Mirage 2000s. In addition, it operates 12 BAE Systems Hawk 100 trainers with a secondary ground-attack role.

In recent years, the UAE has also looked at the Dassault Rafale, Eurofighter Typhoon, or additional F-16s.