A heavily adapted Bombardier Global 6000 long-range business jet, the aircraft follows a first example which was handed over to the customer in April 2020. 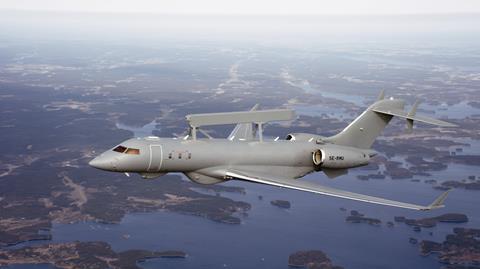 The UAE’s second swing-role surveillance aircraft was handed over on 30 September, Saab says.

A third example has already been produced for the customer, which at the 2019 Dubai air show signalled its interest in eventually fielding a five-strong fleet.