The complement represents “the largest concentration of fighter jets to operate at sea from a Royal Navy carrier since HMS Hermes in 1983”, according to the UK Ministry of Defence. 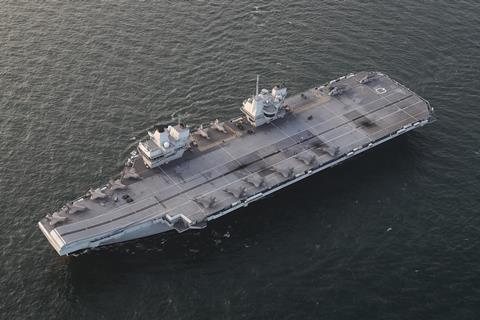 To be supported by other UK Carrier Strike Group vessels, the ship and its embarked fighters will participate in NATO’s Joint Warrior exercise off the north-east coast of Scotland. 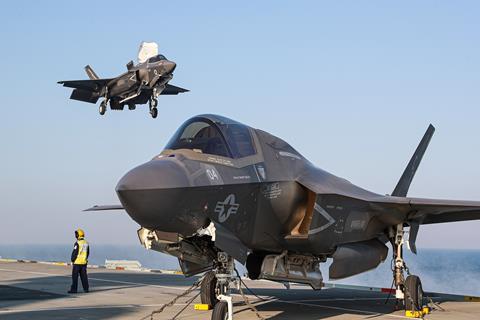 “HMS Queen Elizabeth will be operating with the largest air group of fifth-generation fighters assembled anywhere in the world,” notes Commodore Steve Moorhouse, Commander UK Carrier Strike Group. “Led by the Royal Navy, and backed by our closest allies, this new Carrier Strike Group puts real muscle back into NATO and sends a clear signal that the United Kingdom takes its global role seriously,” he adds. 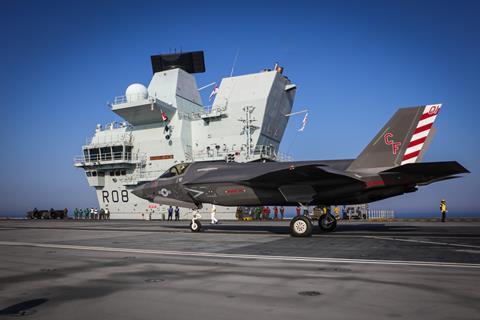 The US Marine Corps’ strike aircraft are visiting from MCAS Yuma, Arizona

A first operational deployment with Queen Elizabeth and its carrier air wing will be conducted during 2021. The UK also is introducing a second such vessel, HMS Prince of Wales.