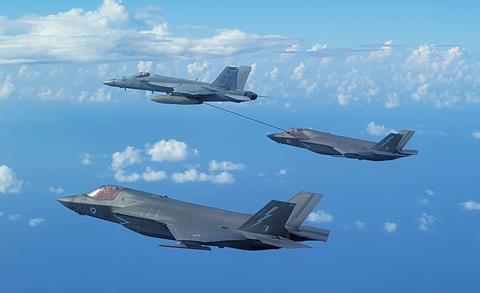 “The refuelling occurred during exercises with the US Navy aircraft carriers USS Ronald Reagan and USS Carl Vinson,” the RAF says. It involved RAF and RN pilots.

“A Super Hornet configured with external fuel tanks and AAR [air-to-air refuelling] equipment provided a valuable opportunity to carry out this training and enhance interoperability between UK and US aircraft carriers and their respective carrier-borne aircraft,” the service adds. 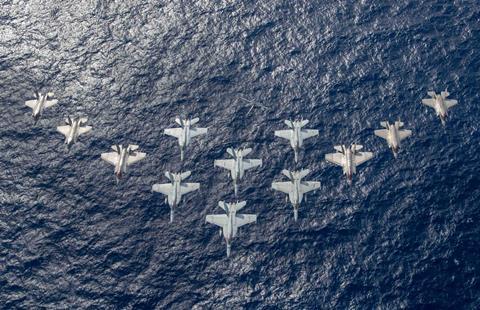 Flypast included UK, US Marine Corps and US Navy aircraft

The UK aircraft also took part in a flypast of the maritime fleet alongside US Marine Corps F-35Bs – several of which are also currently aboard HMS Queen Elizabeth – and USN F-35Cs and Super Hornets.