Approval has been granted by the US government for the potential sale to Finland of the Boeing F/A-18E/F Super Hornet and Lockheed Martin F-35 as part of the Nordic nation’s HX fighter replacement programme. 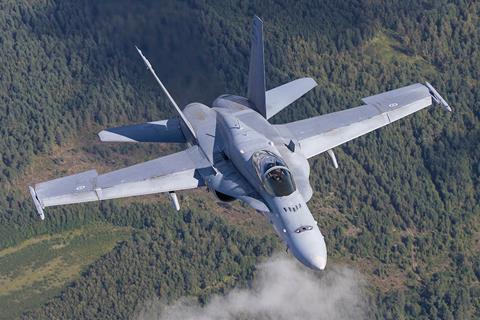 According to a notification from the US Defense Security Cooperation Agency, both purchases also feature installed and spare engines, munitions – including the Raytheon AIM-9X Sidewinder and Lockheed AGM-158 JASSM-ER – countermeasures, training and logistics support. In addition, electronic warfare equipment would be supplied for the Growlers.

Helsinki is seeking to replace its air force’s elderly F/A-18C/D fighters under the HX effort. The US-built fighters face competition from the Dassault Rafale, Eurofighter Typhoon and Saab Gripen E.