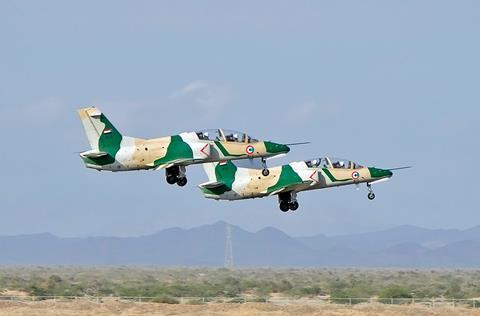 The 1,440sq m (15,500sq ft) facility is located in the Abu Dhabi Airport Free Zone, and the development was first announced at the 2019 Dubai air show. GAL says it will reduce the delivery times for aircraft spare parts “from weeks to fewer than 48h”.

The opening of the new facility was announced at the Dubai air show on 14 November.

“CATIC is thrilled to have worked with GAL over past years and feels a great sense of pride and accomplishment at the MEADC’s realisation,” says CATIC chairman Liu Yu.

“We are excited to see how the first regional aviation distribution hub will benefit the UAE and feel this endeavour has solidified our place in the MENA region. CATIC will continuously work together with GAL to explore more possibilities in the future.”

Beijing has also aggressively sold UAVs throughout Africa and the Middle East.