Saab is celebrating after the United Arab Emirates, its launch customer for the GlobalEye airborne surveillance system, announced its intention to order two additional units of the Bombardier Global 6000-based platform.

Saab is celebrating after the United Arab Emirates, its launch customer for the GlobalEye airborne surveillance system, announced its intention to order two additional units of the Bombardier Global 6000-based platform.

The UAE has already ordered three aircraft – placing its initial commitment for two units in 2015, and adding a further example two years later. Saab values the latest follow-on order at just over $1 billion, and says “A period of final negotiations will now follow.” 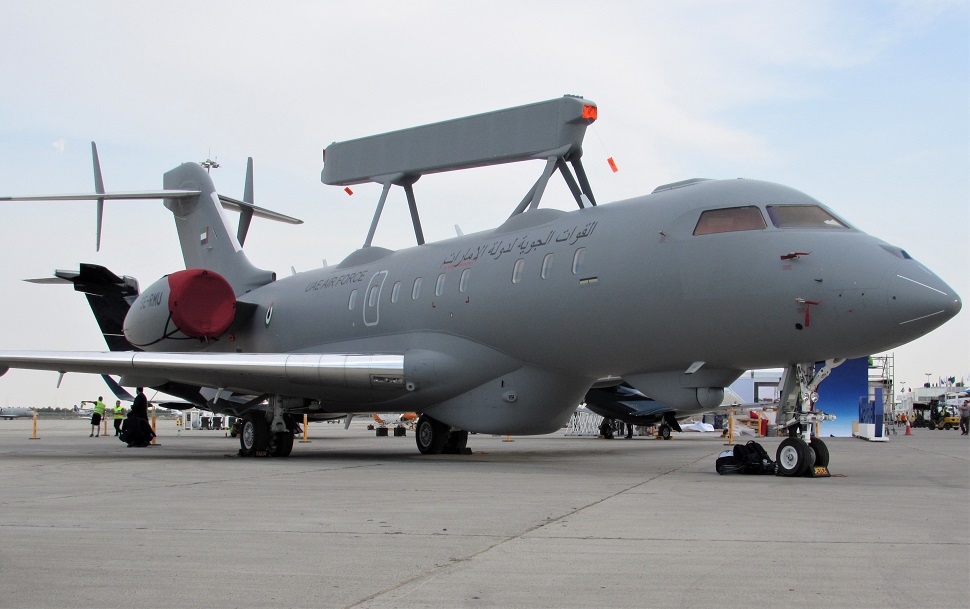 Speaking at the Dubai air show, where the first UAE aircraft for Abu Dhabi is on static display, Saab’s new chief executive Micael Johansson says he is “delighted” by the proposed new order.

“It could not have been a better day,” he says, adding: “we are happy to be here to show off the aircraft for the first time.”

Johannson says Saab is seeing strong interest in the modified business jet, which incorporates the company’s Erieye ER surveillance radar in a distinctive “ski-box” fairing above the fuselage, alongside a Leonardo Seaspray 7500E maritime radar under the nose. The platform is capable of performing simultaneous monitoring of airborne, land and naval threats.

Saab has also proposed the GlobalEye to Finland as part of Helsinki’s Boeing F-18 replacement effort, and South Korea has also “shown a big interest” in the twinjet, says Johannson.

Additionally, Sweden, which flies two Saab 340 turboprops fitted with an earlier version of Erieye sensor, is considering the GlobalEye as it works to finalise its next military procurement budget for the period from 2021.

“I look forward to discussing [GlobalEye] with them, although there will be many months of discussions,” says Johannson.

And in a snub to Boeing, which brought its KC-46A Pegasus to the Dubai air show, Abu Dhabi has also announced its intention to order three more Airbus Defence & Space A330 multi-role tanker transports (MRTT). 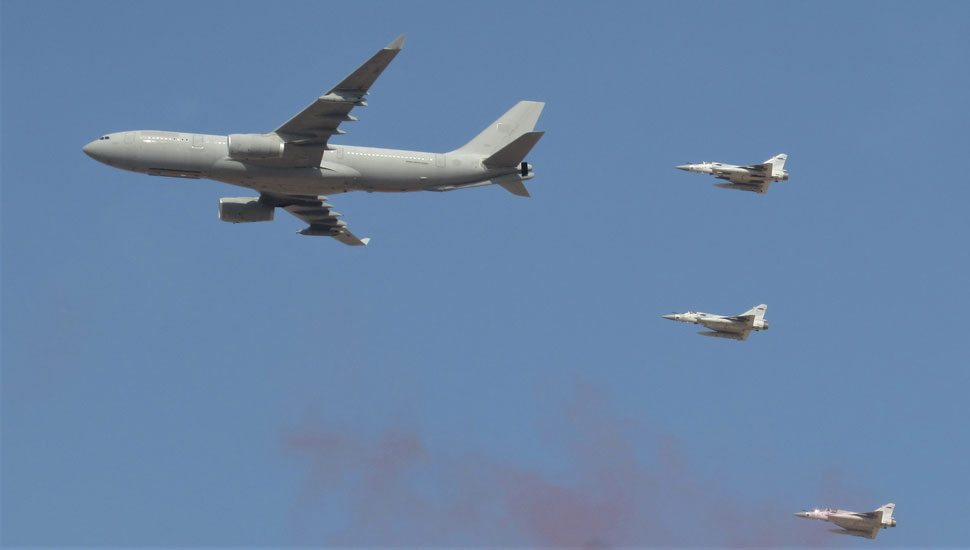 Airbus Defence & Space declines to offer any detail on the prospective deal, but says: “We are pleased with this decision and look forward on working with our customer.”