Deliveries to the Dutch armed forces of its remaining seven NH Industries (NHI) NH90 maritime helicopters – halted on the back of corrosion issues – are set to resume after the two sides hammered out a compromise agreement.

The acceptance process was stopped in June after problems were noticed on two aircraft that had been deployed at sea. Subsequent analysis by the Dutch National Aerospace Laboratory found a number of design faults contributed to the corrosion.

Under the terms of the deal announced on 16 December, the NHI consortium – comprising Airbus Helicopters, AgustaWestland and Fokker – accepts full responsibility for the issue and will bear the cost of developing any modifications, repairs and preventive measures, the nation’s defence ministry says.

In all, some 75 points from the 100 identified now have solutions, with the remainder to be addressed in early 2015. 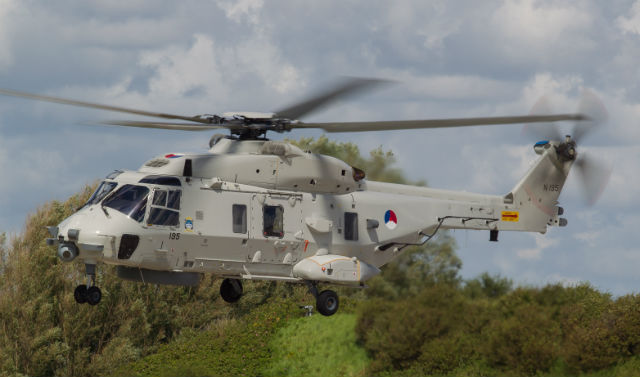 “The agreement between the ministry and the helicopter manufacturer has also established how problems are dealt with in the future,” the ministry adds. If further corrosion issues are found these can be added to the “roadmap” addressing the problems.

Two further deliveries of NH90 NFHs to the Netherlands Defence Helicopter Command are anticipated in 2014.

Flightglobal’s Ascend Fleets database shows the nation as possessing an active inventory of nine of the 11t rotorcraft, with four in storage and a further seven on order.

In October, Dutch defence minister Jeanine Hennis-Plasschaert estimated that the delivery delay had cost the country in excess of €100m ($125 million) through a required interim service extension of its Airbus Helicopters AS532 Cougar fleet.