Dassault has announced the selection of its Rafale multirole fighter to meet the operational needs of Egypt.

"Dassault Aviation is greatly honoured by the Arab Republic of Egypt’s decision to equip its air force with the Rafale," the French manufacturer says, adding: "This decision is a continuation of our cooperation that dates back to the 1970s." The Egyptian air force currently operates the company's Alpha Jet, Mirage 5 and Mirage 2000 models in strike roles.

"The Rafale meets the needs of countries that, like Egypt, demand a sovereign air force of the best level," says Dassault. The company has not disclosed the size of the potential deal, but reports earlier this week pointed towards a 24-aircraft buy. 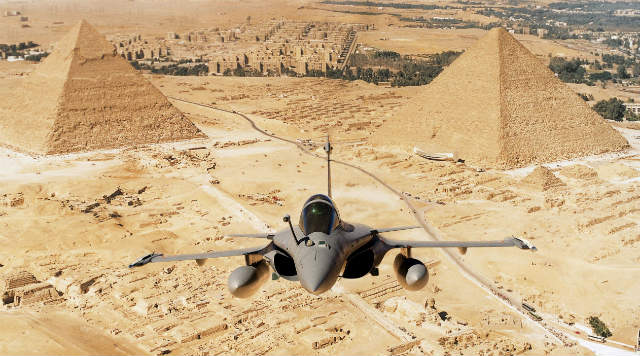 Dassault is still waiting to finalise its first export sale of the Rafale, having been selected by India three years ago to meet the nation's 126-unit medium multi-role combat aircraft requirement.

"Negotiations surrounding the Rafale are currently under way with several governments," the company says.