Revealed at last year’s Dubai air show, the upgrade will reduce fuel consumption by a claimed 3% and cut maintenance costs by 20%. Time on wing is also improved. 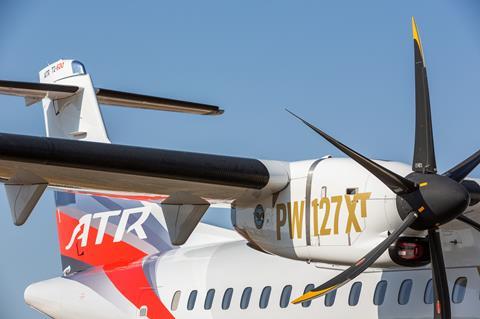 Approval from the European Union Aviation Safety Agency (EASA) will enable entry into service of the aircraft with launch customer Air Corsica before year-end, says ATR.

Certification of the engine by Transport Canada and EASA took place in August and September, respectively.

The PW127XT-N engine is also available as an option for operators seeking maximum take-off performance in hot and high conditions; P&WC has yet to detail the certification timeline for the N-model engine, however.