Deurloo “will retain his current responsibilities as senior vice-president and chief commercial officer for Pratt & Whitney, while assuming overall leadership of the commercial engines business”, Connecticut-based P&W says on 27 May.

Lane had held the position since January 2020. He “has elected to leave the company for another leadership opportunity”, P&W says. 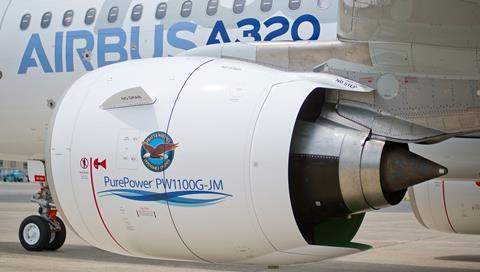 The company does not provide more details and did not immediately respond to a request for more information.

“Deurloo will assume this expanded role effective immediately and will continue to report to Pratt & Whitney president Shane Eddy,” the company adds.

Eddy says Deurloo “brings a wealth of experience and a deep knowledge of our commercial customers to this expanded role”.

Deurloo joined P&W’s former parent United Technologies in 1998 and has logged more than 20 years of aerospace management and sales experience.

“We thank Carroll for his leadership in commercial engines and for his decade of distinguished service at Pratt & Whitney and the former United Technologies,” says Eddy.