General Electric’s aviation business turned a $846 million profit in the third quarter of 2021 as orders for new aircraft engines and demand for aircraft aftermarket services recovered from 2020 lows.

During the same period a year earlier, GE Aviation made a $350 million profit. 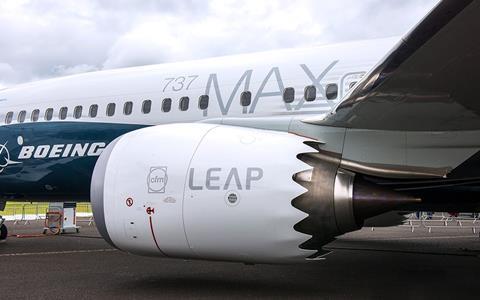 GE landed orders for 418 new commercial aircraft engines in the three months ended 30 September, up from 94 a year earlier.

That total includes commitments for 287 examples of the CFM International Leap-series turbofans that power Airbus A320neo-family jets and Boeing 737 Max aircraft. By comparison, GE – which is a 50-50 partner in CFM with Safran – landed orders for just 16 Leap engines in the third quarter of 2020.

GE shipped 377 commercial engines in the third quarter, down from 391 in the third-quarter of last year.

“Our results reflect a significant improvement in near-term market fundamentals,” Culp says of GE’s aerospace business. “We expect this acceleration in travel will continue, as travel restrictions lift and vaccination rates increase.”

Culp notes that airlines are continually returning to active service jets they had parked during the pandemic. In the third quarter, 18% of aircraft powered by GE or CFM engines remained parked, an improvement from 20% in the second quarter.