The continuation of a grounding order imposed on the Lockheed Martin F-35 fleet on 3 July means the type will not be taking part in the 11-13 July Royal International Air Tattoo (RIAT), the show's organisers confirm.

Three of the US Marine Corps' short take-off and vertical landing F-35Bs are at the US Navy's Patuxent River test site in Maryland, having been prepared to make the type's first transatlantic crossing, but the US Department of Defense has yet to approve the Joint Strike Fighter for a return to flight. Operations with the type were suspended following an engine fire involving a conventional take-off and landing F-35A at Eglin AFB, Florida.

Speaking at the RIAT site on 9 July, Lockheed's general manager for the F-35 programme, Lorraine Martin, said she was confident the aircraft would be able to reach the UK before the conclusion of the Farnborough air show, which runs from 14-20 July. 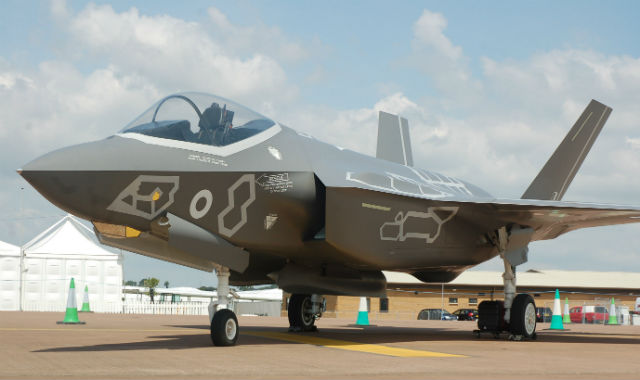 However, Martin stressed: "The most important thing for us is safety, of pilots and maintainers, and second is building an aircraft that goes operational for our warfighters.

“An air show is important, [but] it's not the most important thing for us to do – it's to get back up and start continuing training, production and flight [testing]."

Despite the no-show by the expected debutant, Prince says RIAT will have more than 200 aircraft from 27 nations taking part in the annual show, staged at RAF Fairford in Gloucestershire.