On the face of it, a UK company flying former Royal Navy (RN) Westland Sea King helicopters on behalf of the German navy from a former coastguard base in the very south of England sounds an unlikely combination, or at least the set-up for a convoluted joke.

But for Portland-based HeliOperations, that union is proving a lucrative one. 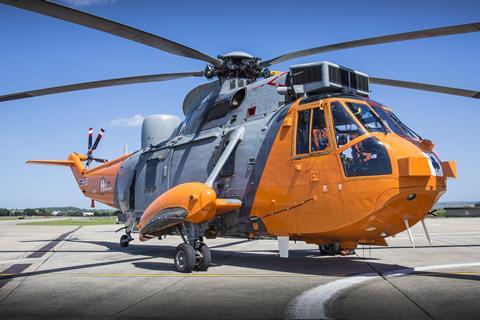 Rewind to the last Farnborough air show and one of the more eye-catching exhibits on the static line was a Sea King in a confusing orange and grey colour scheme. Confusing, because at first glance it strongly resembled the familiar red and grey of the RN’s retired Sea King Mk5s and seemed to have no right to be at an event famed for celebrating all that is new in aerospace. Indeed, were it not for the show’s absence, the type would again have been at the Hampshire site this year.

The brainchild of chief executive and former RN helicopter pilot Steve Gladston, HeliOperations had for several years been active in a number of disparate rotary-wing sectors – ranging from the provision of search and rescue crews in the UK and Ireland, to helideck consultancy services for the super-yacht industry. However, it was a 2016 contract with the German navy that really raised the operation’s profile.

At that time, the Deutsche Marine was struggling with the implementation of the European Working Time Directive (WTD), or rather its application to Germany’s armed forces.

The minutiae of the WTD legislation is too complex to delve into (although it is worth noting that many countries have chosen not to include their militaries within its scope), but for the German navy the upshot was that “overnight they lost a significant chunk of man-hours”, explains the firm’s chief operating officer Mark Deaney.

As a consequence the service required additional training capacity on a helicopter broadly representative of the Sea King Mk41s it uses for search and rescue (SAR) missions. 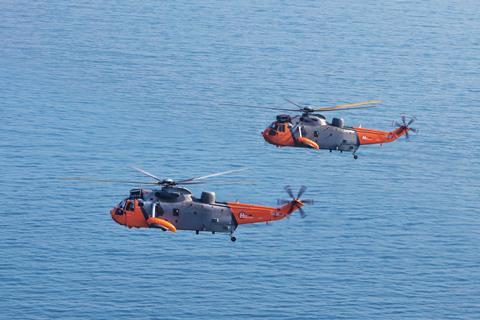 It had already sought collaboration with the RN but had been unable to come to an arrangement and was casting around for another solution.

But at that point the RN and Royal Air Force were about to retire their respective fleets of Mk5 and Mk3 Sea Kings on the back of the privatisation of the UK’s SAR service.

With the likely availability of those airframes, plus access to a large stock of spare parts, an idea was born.

“We knew the helicopters were serviceable – they had flown in to HMS Sultan so we knew they could be flown out again – and there was a stock of spare parts, along with a customer with a requirement,” says Deaney.

“The timing looked really good – it seemed like an administrative problem, although it turned out to be quite a complicated one.” 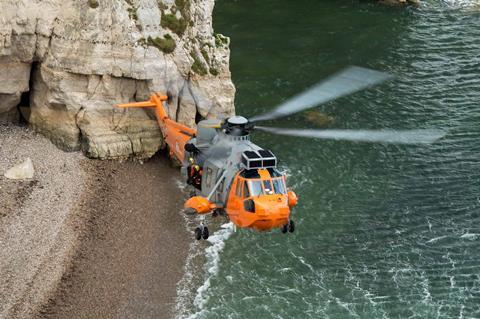 The shift to a privatised SAR service, with a new base structure, also meant that the Maritime and Coastguard Agency (MCA) was disposing of its site in Portland on England’s south coast, potentially providing a perfect operating location.

But, says Gladston, there were still three key hurdles for HeliOperations to overcome: it needed to secure leases from the RN for the Sea Kings and access to spares; the Portland base needed to be acquired; and it required a firm contract from Germany that would underwrite all this financial outlay.

One by one, the parts fell into alignment, with the final piece being the acquisition of the Portland base in July 2017.

In all, the company had 16 months from contract signature to go-live in May 2017.

The first year of operation was conducted with leased helicopters, but following the retirement of the RN’s Sea King Mk7s – a separate variant used for airborne early warning duties – the UK Ministry of Defence (MoD) began disposing of its now-surplus airframes.

In all, HeliOperations is now the proud owner of six Mk5s, five Mk3s and eight Mk7s (although these will be used for spare parts recovery and the airframes eventually returned to the MoD).

Three of the Mk5s are in operation at Portland, resplendent in that RN-apeing orange and grey livery. 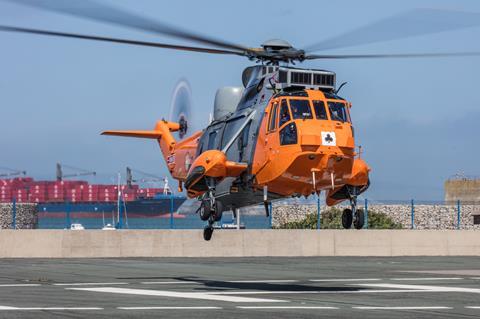 The remaining airframes are in storage at HMS Sultan in Hampshire but will eventually be transferred to the company’s new maintenance and support facility in Somerton – a stone’s throw from where they were built at the Westland, now Leonardo Helicopters, plant in Yeovil.

Crucially, the helicopters remain on the military register, giving HeliOperations a unique selling point in that it can provide military-type training on a military aircraft using ex-military personnel.

“We have been below the radar but we are delivering something technical and quite unique. We are the only UK company delivering military training for NATO partners,” says Gladston.

He argues that the contract with Germany shows that HeliOperations can provide a “cost-effective way of outsourcing” a particular training requirement.

“We have delivered to the German navy exactly what they wanted,” he says. And because the business is small – a fraction of the size of an outsourcing giant or defence contractor – there is an inherent flexibility and agility too.

While the contract with the Deutsche Marine is designed around taking qualified pilots and turning them into SAR co-pilots at a rate of 10 per year, the other key metric is the provision of 500 flight hours each year.

That figure proved important when the German navy decided that it needed to modify the output, says Gladston. “Very quickly into the contract they wanted a command upgrade course. We were able to do that by trimming the number of co-pilot courses but providing the same total aircraft hours,” he says. 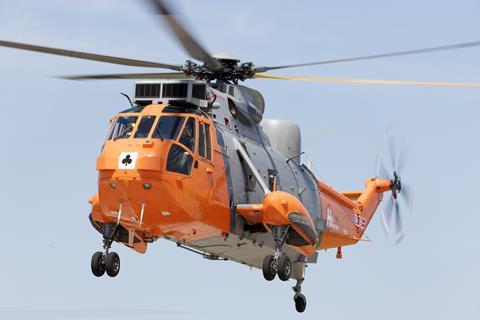 Although Germany intended to retire the Sea King from the middle of the decade in favour of the NH Industries NH90-based Sea Lion, Gladston believes that training on the legacy type will persist for a number of years.

While the Sea King is in no way modern, its per-flight cost is way below that of the notoriously pricey NH90. Gladston argues that if some of the co-pilot training for a heavy-twin helicopter can be shifted onto the older model then there is a clear and obvious saving for the end-user.

The dwindling band of Sea King operators can also benefit from the Portland set-up, plus HeliOperations’ ownership of a simulator for the type, acquired from the navy and based at RNAS Culdrose in Cornwall.

But given the age of most Sea King airframes, the training need cannot last forever, a fact readily acknowledged by the company. “Although HeliOperations is very much associated with the Sea King, there is life beyond it,” stresses Deaney.

That could include, for example, the use of a larger twin-engined helicopter such as the Leonardo Helicopters AW139 or AW189 or Airbus Helicopters H175 with a modified cockpit to mimic that of the NH90. In addition, HeliOperations has applied for a UK air operator certificate, with the aim of performing SAR training on civil-registered aircraft. “It’s a niche market with no real providers out there,” notes Gladston. 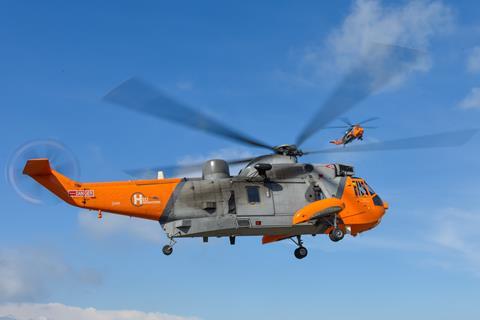 And despite its rotary-referencing name, the company is also considering a foray into fixed-wing operations, centred on the Lockheed Martin C-130.

With the company’s strong track record in the space, Gladston is also eyeing the MCA’s plans for its second-generation or SAR-2G contract, procurement for which is likely to begin in early 2021.

“We have clearly demonstrated that we have a deep knowledge of SAR – both civil and military,” says Gladston.

He sees three elements that the MCA will look for in its tender process – a credible prime contractor (Airbus Helicopters or Lockheed, for instance); a credible maintenance and support provider; and a credible operator.

“The bit we have got is service delivery. We have got the depth of experience and a track record of providing cost-effective solutions,” says Gladston. HeliOperations is in “early stage” discussions with three to four primes, he says, while declining to name names.

And in case anyone doubts its seriousness, Gladston points to the company’s chairman: Vice Admiral Sir Alan Massey, the former chief executive of the MCA; that appointment was not “a coincidence”, he stresses.

In the meantime, the skies above Portland will continue to be filled with those familiar-yet-different orange and grey Sea Kings.