Finland’s Patria has handed over the last of 20 NH Industries NH90 troop transport helicopters from a 2001 contract to the Finnish army during a ceremony at its Halli production facility.

Patria has assembled all but one of Helsinki’s NH90 fleet, with the initial rotorcraft built by NHI majority shareholder Airbus Helicopters at its Marignane plant in France. 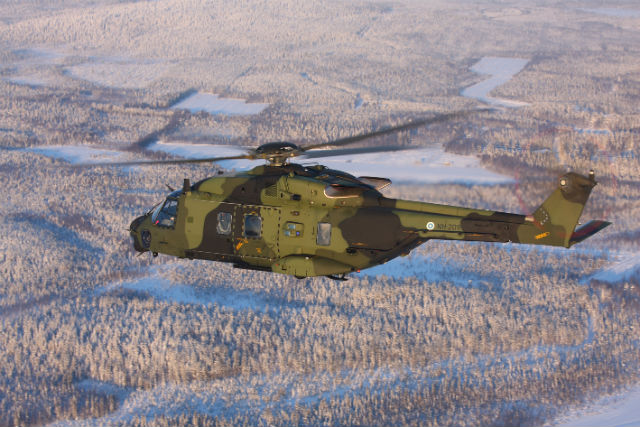 Since then, the fleet has accumulated a total of 7,500 flight hours.

Patria, which also assembles examples of the 11t-class rotorcraft for Sweden’s armed forces, has already begun work on a retrofit programme for the Finnish fleet.