Airbus Defence & Space has started the final assembly of its A400M tactical transport for a fourth nation, with Germany’s lead example due for delivery in November 2014.

Pictured on the company’s final assembly line in Seville, Spain as its nose section and fuselage came together earlier this month, aircraft MSN18 is the first of 53 “Atlas” airlifters due to be built for the German air force. All of its major structures have now been transferred to the assembly location from sites around Europe, the manufacturer says. 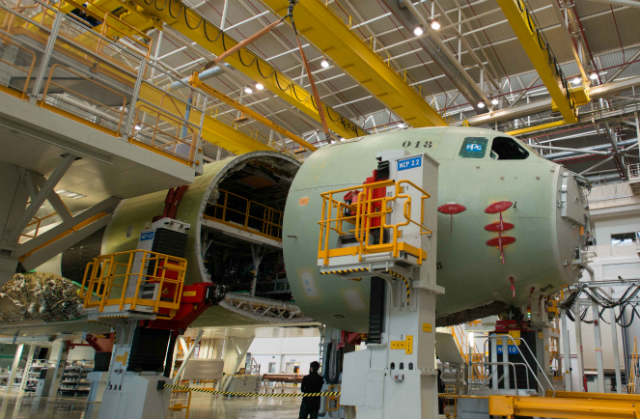 Airbus has so far delivered only two production A400Ms – both to France, has already completed a first example for Turkey and also has a lead aircraft in assembly for the UK.

A total of 174 A400Ms are on order, with other operators to include Belgium, Luxembourg, Malaysia and Spain.