Pilatus has delivered its first two PC-21 trainers to Qatar, with the pair having left its Stans manufacturing site in Switzerland for the Middle East on 29 September.

Registered as QA 353 and 354, the two-seat aircraft are among eight to have been completed so far, under a deal for 24 of the type signed in July 2012. 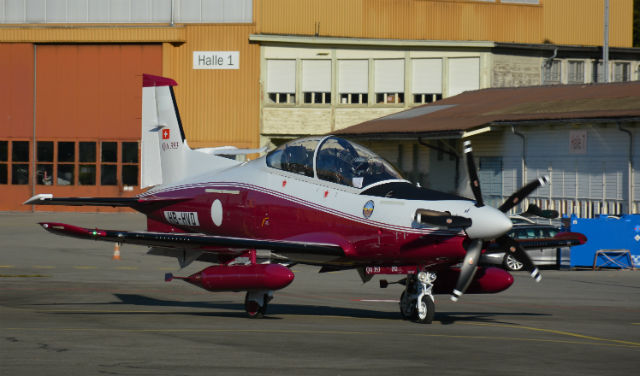 Pilatus’s first PC-21 for the Qatar Emiri air force entered production in October 2013, and was photographed undergoing engine testing in Stans in late February. Doha’s acquisition also includes a related package of ground-based training equipment and a five-year support arrangement with the airframer.

Qatar follows its Gulf Co-operation Council partners the United Arab Emirates and Saudi Arabia in receiving the PC-21. The type is also currently flown by the air forces of Singapore and Switzerland, and is being offered to additional potential buyers.