The latest iteration of MBDA's combat-proven Brimstone precision-strike weapon has undergone a successful first test firing. Conducted at the Vidsel range in Sweden, the telemetry unit-equipped Brimstone 3 was deployed from a surface launcher against a pick-up truck target.

"All trial objectives were fully achieved, with the missile proving full closed-loop guidance, with the seeker progressing into target acquisition and track," the company says. The testing included operating in conditions down to -30˚C (-22˚F), it notes. 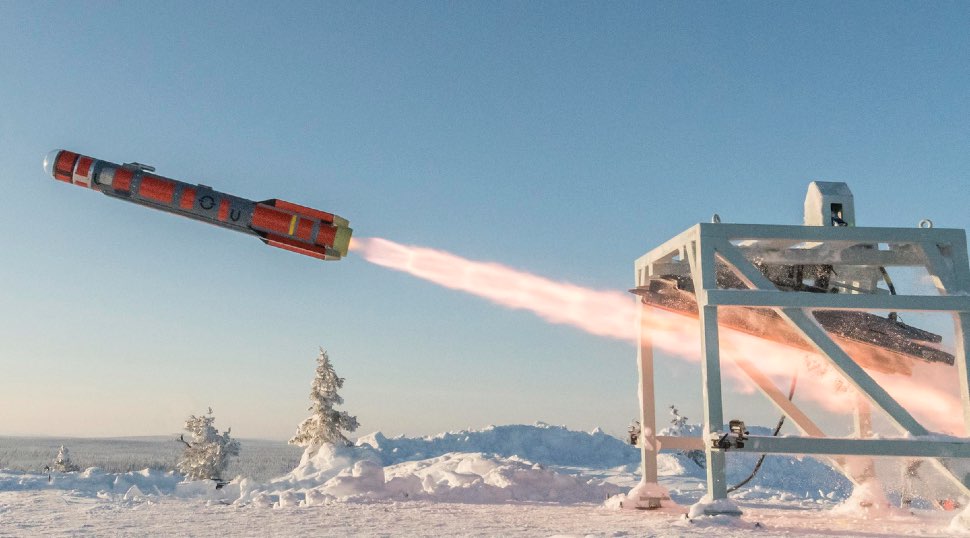 MBDA is developing the Brimstone 3 as part of a £400 million ($527 million) capability sustainment programme deal placed by the UK Ministry of Defence in March 2018. This will result in a common missile design being made available for use by the Royal Air Force's Eurofighter Typhoon and General Atomics Aeronautical Systems Protector RG1 remotely piloted air system, and the British Army's Boeing AH-64E Apache attack helicopters.

"This represents a major step forward in refreshing the Brimstone capability," says Chris Allam, the company's UK managing director and executive group director for engineering. "It resets the way Brimstone operates, and lets us update it more easily going forward, so we can now enter into spiral developments and use that missile on many new systems."

The European manufacturer will also promote the new-generation weapon for use from surface launchers, plus land and maritime platforms, with international buyers to be sought for the design.

With a 50kg (114lb) launch weight, Brimstone is equipped with a dual-mode semi-active laser/millimetric wave radar seeker. The UK introduced the type to combat service in 2009.

Meanwhile, France is interested in acquiring an enhanced version of MBDA's MMP missile for integration with its Tiger fleet, as part of a Mk 3 upgrade for the Airbus Helicopters type. Allam indicates that Paris could select the weapon, with a firm decision expected later this year. Fellow Tiger operator Germany, meanwhile, is expected to select a different system for use with its rotorcraft.