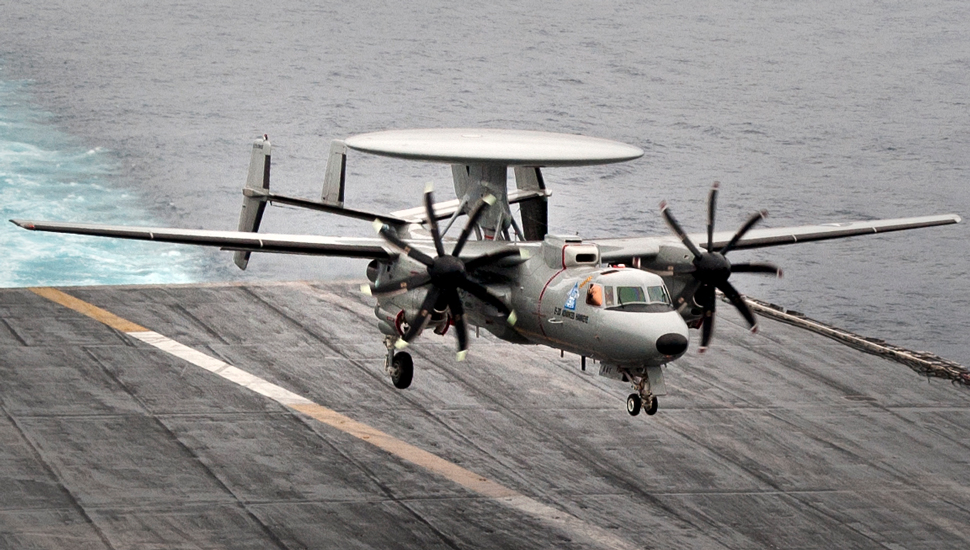 The aircraft is the first of four aircraft on firm order, and it first flew in November 2017. According to Northrop, it was handed over to JASDF in March.

In September 2018, the possibility of additional orders was raised when the US government cleared Tokyo to obtain nine additional examples.

Japanese E-2Ds have several modifications compared with those operated by the US Navy from its aircraft carriers. Given that Tokyo’s aircraft will operate from land bases, it is modified to carry extra fuel in a “wet wing”, providing endurance of 8h, compared with 5h for the US E-2Ds. Those aircraft rely on air-to-air refuelling to boost endurance.

Northrop notes that Tokyo has operated the E-2C since 1983, and that it is the world’s second largest operator of the type after the US Navy.

“The E-2D delivers a two-generation leap in radar technology, allowing the aircraft to track threats at extended range,” says Northrop.

“The aircraft can also be used in a humanitarian assistance and disaster relief capacity for civilian emergency coordination. The E-2D offers interoperability with next-generation aircraft systems and U.S. Navy allies to support regional security cooperation.”